Will you drop us a line?

(This article first appeared in the September 2017 issue of the Anglican Journal.) 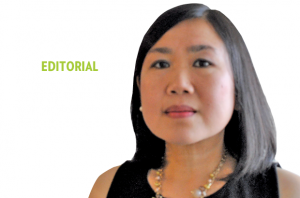 Of all the letters that I’ve received so far as editor, this is hands down my favourite. Written in shaky but legible cursive, on the donor reply card of the Anglican Journal Annual Appeal, the letter-writer, from Quill Lake, Sask., also ticked on the box for a suggested $140 donation (it was the Journal’s 140th anniversary in 2015) and under contact email wrote: “None.”

Here’s a runner-up, also written on the donor reply card and addressed not just  to me but to Stuart Mann, editor of The Anglican, the newspaper of the diocese of Toronto: “I felt I would like to contribute a little more than you asked. It is my 93rd year, so I have had many years experiencing The Anglican and the Anglican Journal. God’s very rich blessings.” Instead of the suggested $140 donation, our kind reader sent $280.

Allow me to indulge with an excerpt from one more memorable letter, written on behalf of a faithful reader in a nursing home: “She is concerned that she has not received her Anglican Journal for June 2016, nor her New Brunswick Anglican. It is her favourite reading material and she is anxious to keep up to date! ” These letters, along with a stack that I have on file, are testaments of the financial and moral support for the Journal and its 19 diocesan partner newspapers.

The Journal exists, in part, because  a number of its readers vote with their wallets. Since its inception in 1994, the Anglican Journal Appeal has raised over $9.8 million and returned over $3.6 million to its diocesan partners. Last year, the Appeal raised $496,414, thanks to the generosity  of our donors and readers. Money raised from the appeal represents a crucial 25.3% of the Journal’s annual budget, which also includes funding from General Synod (30.4%), a grant from Heritage Canada (20.9%); distribution income from dioceses (11.4%), advertising revenue (11.2%) and others.

So why—despite proclamations that print media is dead—do some of our readers want to keep receiving the Journal? Here’s a sampling of what you have told us in letters and emails:

Not every letter we receive is a pat on the back, of course. Some readers are livid when we cover stories not to their liking and have even cancelled their subscription. Others offer us critique and suggestions; some point out errors in our reporting. We are grateful for this feedback, which helps keep us accountable and, ultimately, makes the newspaper better.

There are also those who prefer to get their news online and wonder why the Journal continues to be printed. It is a question that has been asked for years,  and increasingly now with the decline of print media in general. Another perennial question raised by some is whether the Journal should remain editorially independent—have the freedom to make decisions about the newspaper’s content without any interference from the publisher and vested interests. Two co-ordinating committees of General Synod are currently delving into this question and have promised to consult the Journal’s various stakeholders.

I invite you to tell us what you think about the Journal and its future, either by sending a letter by mail or via email at [email protected]