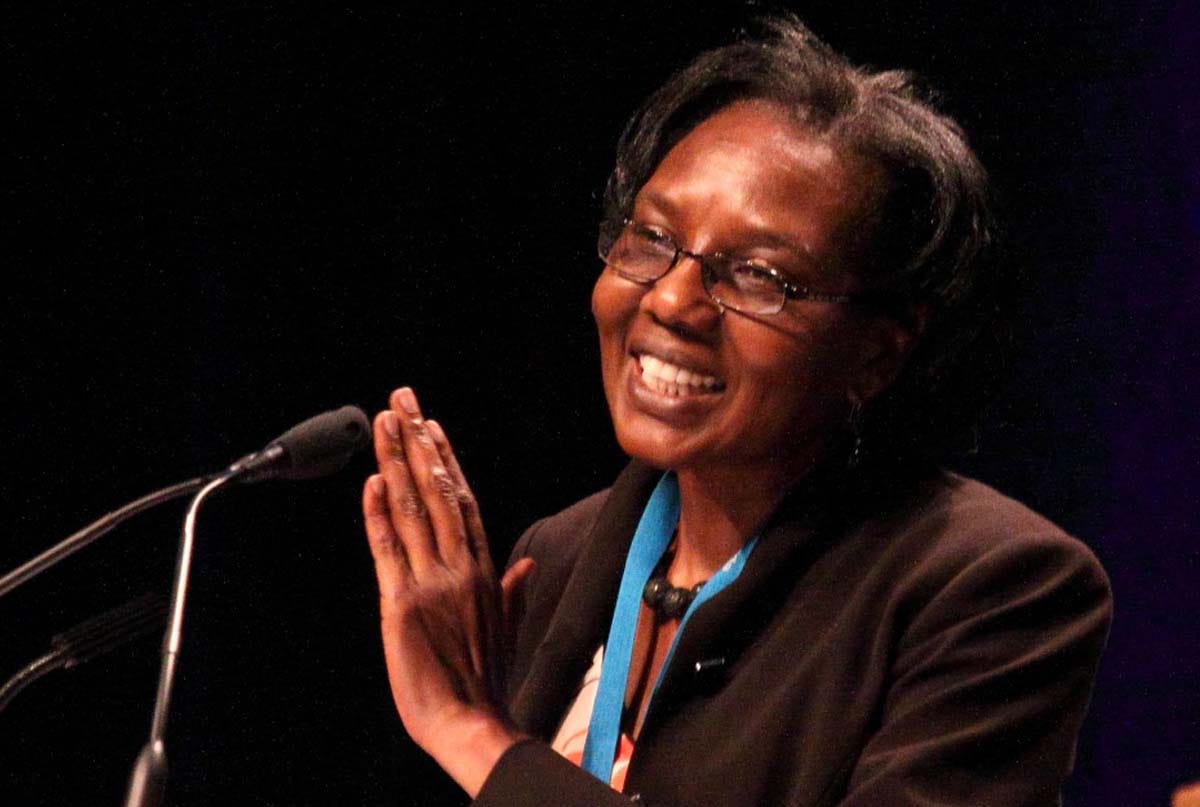 Hellen Wangusa, the Anglican Observer to the United Nations told General Synod that Anglicans need to examine the causes of hunger and poverty in the developing world.

One of the reasons the world has not met the goal of at least halving the number of people in poverty is because “we have not dealt with causes,” Wangusa told the 300 delegates. “People die every day from hunger. I sit here every day with more food than I can eat. Why is there hunger?”

Wangusa said one of the reasons is “short sighted policies” by international financial institutions, naming the World Bank and the International Monetary Fund. There is a need to discuss policy discussions on the accumulation of wealth, she said, and how U.N. efforts are often marginalized by the policies of the Western countries in the G8 (which includes Canada).

She said the church should question how success is measured. Statistics are important, but there is a need to go beyond statistics. Quality is important-one can promote elementary school education, but it shouldn’t be “one teacher for every 100 students whose classroom is under a tree.”

Mrs. Wangusa thanked the synod for her invitation to speak, and said that “the Canadian Church gives me hope.” Synod dares to debate, to disagree, but deals with issues that are important, she said.