Why count our blessings?

(This editorial first appeared in the January issue of the Anglican Journal.)

For over a decade now, many in the church have bemoaned the lack of reliable data about the membership of the Anglican Church of Canada.

The only thing that Anglicans seem to know for certain, based on national census data, is that their numbers continue to decline steadily.

The last three meetings of General Synod have called on the church to improve its statistical information. So far, no progress has been made. Each year, the national office attempts to gather statistics on church attendance, baptisms, confirmations and so on, but compliance has been spotty.

The general secretary, Archdeacon Michael Thompson, has announced a plan to update diocesan statistical returns. The returns will not only count the number of people in the pews but also help create a snapshot of congregational life. In addition, a “missional census” and “ethnographic research” will be undertaken. (See story, page 1.)

The census would ask local ministries about their activities to gather information “about the ways in which the church is actively making a difference” in Canadian life. The ethnographic research would be designed to develop an “official curiosity” about dioceses to gain a better understanding of their characteristics and context.

A lack of staff and resources has been identified as a key reason why some dioceses have been slow or unwilling to send statistics. Fair enough. But could the underlying reason be that statistics are not viewed as important or are held suspect?

The value of statistics-gathered honestly and interpreted fairly-cannot be overestimated. This is isn’t a case of bickering about how many angels can dance on the head of a pin. Without sound and rigorous data, governments cannot make informed decisions about public policies, track trends and provide socio-economic and political analysis and forecasts.

Businesses use statistics to help them set benchmarks and adjust strategies. Advocacy groups rely on numbers to push for change. In the case of the church, statistics provide an indication of its health. But they can do so much more: help the church figure out how best to allocate limited resources, identify areas of growth as well as stagnation, and assess its role and mission in the world.

Statistics are powerful because they tell stories. The Church of England, for instance, on its website, states that its congregations give more than £51.7 million annually to charities, which is “even more than the BBC’s annual Children in Need appeal,” and that 68 per cent of Britons consider their local church “an important part of their local community.” Two facts, but already these help portray a church that is very much a part of the national fabric.

If Anglicans care about their church and its future, and if they want a narrative other than the dispiriting one that harps, “Will the last Anglican please turn off the lights?” they should take these plans seriously and endeavour to participate in the proposed surveys. The numbers might even pleasantly surprise them. General Synod, for its part, must not drop the ball on this undertaking and provide assistance to dioceses when needed. 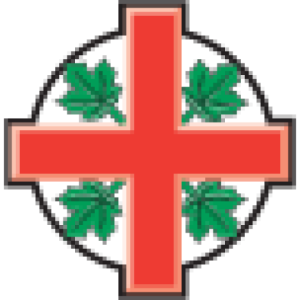