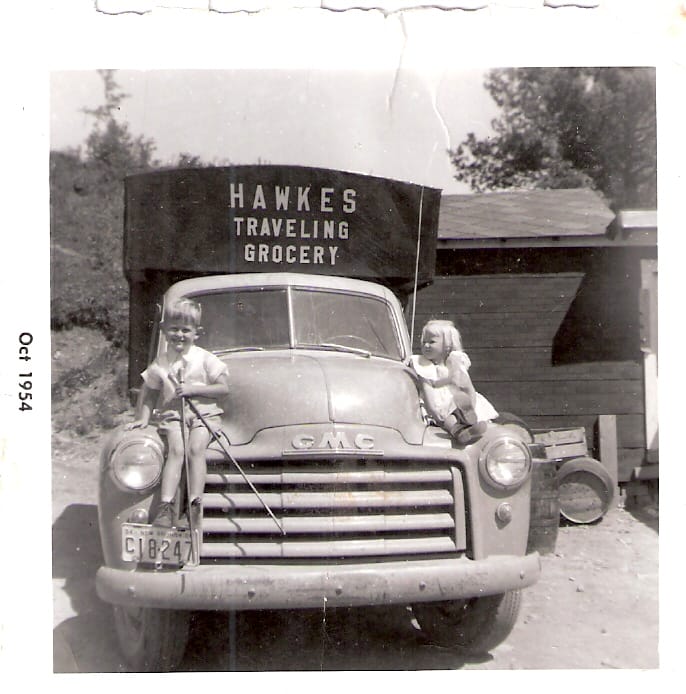 The Rev. Dr. Brent Hawkes, circa 1954, and his sister Nancy, on the family grocery truck
Photo: Contributed

Wallace and Margaret McCain, whose family owns the food-processing giant that supplies a large part of the world with french fries, had made a gift of $1 million to the MCC, a LGBT (lesbian, gay, bisexual, transgendered)-friendly Christian church in downtown Toronto.

The Hawkes-McCain connection is a long-standing one. The pastor grew up as a fundamentalist Baptist in Bath, N.B., not far from Florenceville, the site of the McCains’ original potato-processing plant. His younger siblings played with the McCain children, and his grocer father was well-acquainted with the McCains and their products. The McCain family now lives in Toronto, and Martha McCain (daughter of Wallace and Margaret) worships at MCC, whose congregation includes 34 faith groups and stands at 600 and rising.

Thanks to the McCain gift, funds are in place for six important initiatives. “First, first we’ll pay off the mortgage, which will save us a lot of money,” says Hawkes. A portion of the gift will go toward establishing a social justice support program for refugees who have fled to Canada to escape persecution for their sexual orientation. “There are 68 countries in the world where I could be arrested for being gay, and in 10 of those I could be executed,” Hawkes points out.

Upgrades will be made to the church’s technology, including the equipment used to broadcast its Sunday services on its website. At present, webcasts are viewed by people in at least 34 countries. The upgrades will allow MCC to construct a virtual church featuring chat rooms and other lines of communication. “Some of our supporters are too ill to go to church, and we want people who can’t physically attend to be able to participate in a church online,” he says. “For many people, the only access they have to spirituality is on the Internet, and the menu available is pretty much cults or religious fundamentalism.”

Other projects include clarifying MCC’s vision and communications and marketing strategies-something all churches need to consider in this era of the disappearing parishioner-staff expansion and training, and a reserve fund for repairs and endowments. “It would be great just to do any one of these things, but to be able to do six is amazing,” says Hawkes. Ω