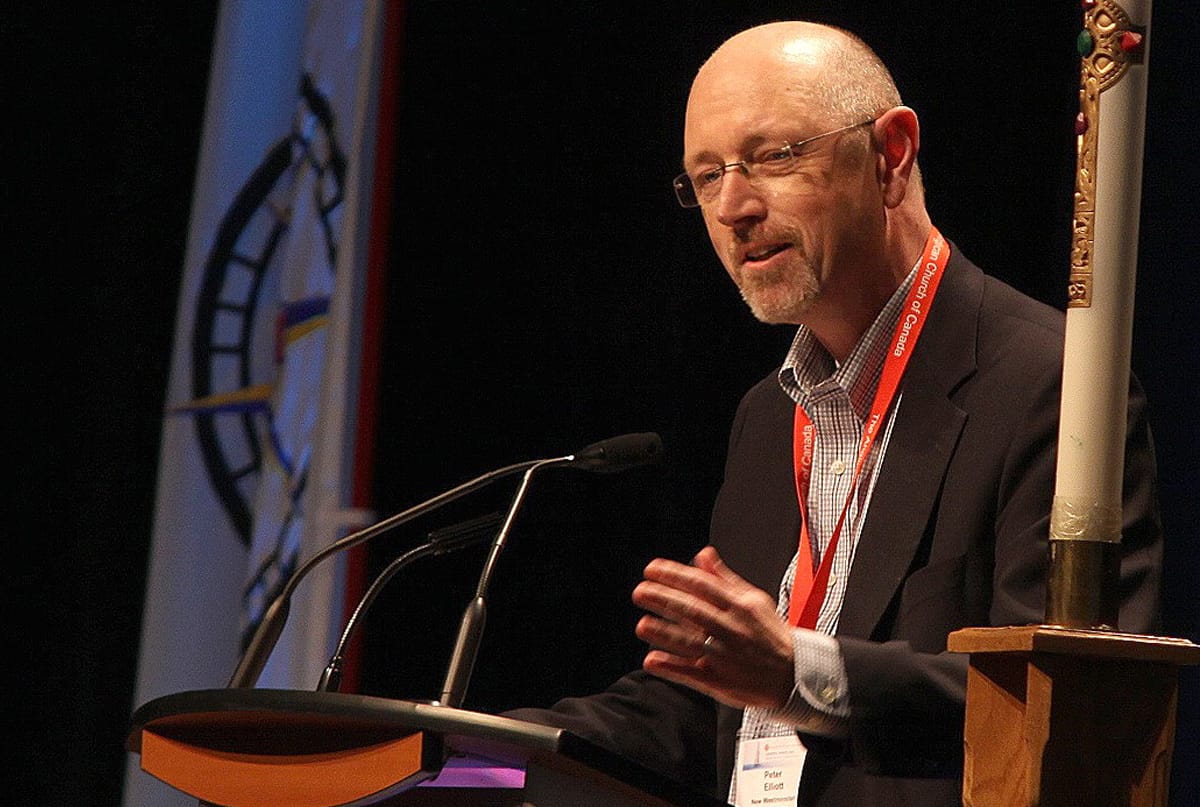 The General Synod of the Anglican Church of Canada has adopted, with near unanimity, a strategic plan to take it through the next nine years.

General Synod voted yesterday to “direct” its leaders and the Council of General Synod (CoGS) to use Vision 2019 in setting the church’s program and budget, particularly when making decisions about restructuring of the national office (“Church House” in Toronto). The financial management development committee has reported that in order to end deficit budgeting, about about $1.1 million must be cut from the church’s current $10 million budget.

The Vision 2019 task force, headed by Dean Peter Elliott, surveyed more than 1,000 Anglicans during the past two years, and received feedback from a series of stakeholders as well as discussion groups held during the triennial meeting of the General Synod in Halifax. The group came up with seven priorities and five practices, some of which reflect current activities. There was strong support for the church’s northern dioceses and programs to “walk with Indigenous Peoples,” for instance, as reflected in formalizing the position of a national indigenous bishop.

The document states that the Anglican Communion’s “Five Marks of Mission” are “the primary framework for ministry development in service to God’s mission.” A proposal to “establish a government relations presence in Ottawa” was also approved. Vision 2019 also endorses continuing youth work at the national level, at least with part-time staff.

While one priority tells the church it must “work toward peace and justice,” and another that it “be a leader in the Anglican Communion,” there is little explicit mention of the church’s international work or its Partnerships program with other member churches of the Communion.

The plan went through synod without alteration from what was first presented. Dean Elliott said, however, that his group will compile reports from sessions held during synod to discuss the Vision 2019 plan, and these reports will also be used to guide the church’s leadership when decisions are made.

During debate on the resolution, Matthias Der of Toronto said that the church must pay attention to the need to serve many multicultural, multiethnic and multilingual groups coming to Canada and seeking assistance.

Edwin Norman of the diocese of British Columbia said that the lack of an explicit goal for church growth was a flaw in the plan. “However there is enough right in this document that I will support it.

The plan was adopted by a show of hands, with unanimous approval from the order of bishops, and a single dissent amongst the orders of laity and clergy, voting together.

The seven priorities adopted include:

2. Support ministry through the Council of the North

3. Walk with indigenous peoples on a journey of healing and wholeness

4. Work toward peace and justice

7. Be leaders in the Anglican Communion and in ecumenical actions

The five practices endorsed include:

1. Create structures that work for the church now and for God’s mission

3. Keep an eye on statistical trends