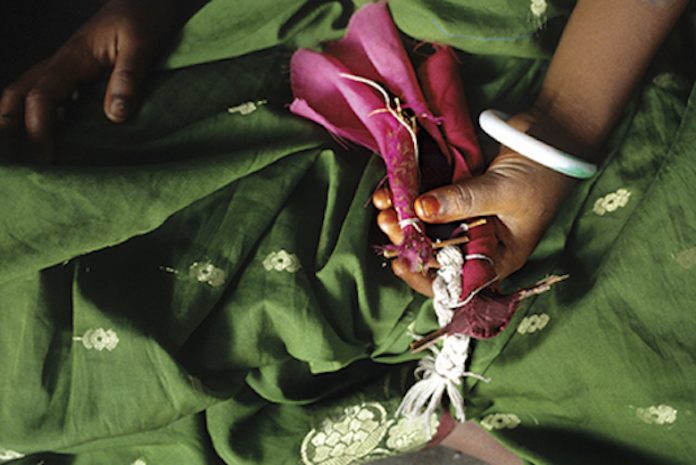 Seventeen-year-old Daya was courted by a young man who then persuaded her to elope. But Daya’s dreams of a happy future ended when she realized she had been tricked into bonded labour, forced to work long hours at a biscuit factory, and was then abused in the evenings.

Thousands of children and young people in India, especially girls, are being trafficked every year. Typically, they are tricked into fake marriages or bonded labour, or else they are simply drugged and abducted.

Happily, Daya’s plight came to the attention of the Church of North India’s Anti-Human Trafficking Programme, supported by United Society Partners in the Gospel (USPG), and she is now back home and safe with her family in North Dinajpur…

By the time you have finished reading this article, it is likely that another child in India will have been trafficked…[Human trafficking] is a crisis that goes largely under the radar because the victims mostly belong to India’s marginalized scheduled castes (such as the Dalits). These people have been called refugees in their own land due to their lack of rights, including access to education and job opportunities. In this context, it is little wonder that young people are vulnerable to the schemes of traffickers, who use them for slave labour and sexual exploitation.

The Church of North India, with support from USPG, is determined to help. The Anti-Human Trafficking Programme is raising awareness in schools and villages, and providing livelihood training so there is less need for people to travel in search of employment. The church sees the programme as a vital expression of its commitment to be the hands and feet of Christ in the communities it serves.