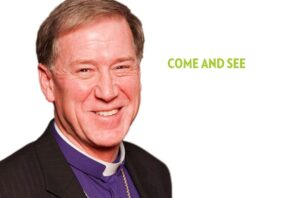 (This article first appeared in the February 2018 issue of the Anglican Journal.)

This month, I travel to Cuba for the annual synod. The diocese was originally a mission diocese of The Episcopal Church, but in 1967 it became what in Anglican terms is “extra provincial.” That means the diocese does not have the blessing of fellowship within a wider grouping of dioceses, which we call a province (like the Anglican Church of Canada). The bishop does not have the benefit of mutual support and encouragement through belonging to a House of Bishops. The diocese is very much on its own, except for a relationship of some lesser or greater depth with the Archbishop of Canterbury.

This situation for the Episcopal Church in Cuba is a direct consequence of the political tensions with the United States since the 1960s. The economic blockade has made life very difficult for Cubans for a long time. The 1990s were particularly hard. Indeed, they are remembered as “the special period of severe deprivation.”

In the absence of belonging to a province, the church in Cuba has looked to a body known as the Metropolitan Council of Cuba (MCC) for pastoral oversight and guidance. The members of the council are the primate of the West Indies, the presiding bishop of the Episcopal Church and the primate of Canada, who chairs its meetings. It has been my privilege to exercise that role for 10 years. Andrew Hutchison did so for three years (2004–2007) before me, and Michael Peers for 18 years (1986–2004) before him.

In 2015, the synod of the church in Cuba passed a resolution requesting a return to the Episcopal Church. It will be considered at the General Convention this summer.

Of our church’s accompaniment of the church in Cuba through the past 50 years, an elder Cuban priest said this: “During the dark days, when it was difficult to be a member of the church, when there was a lot of poverty, when there were holes in my shoes and sufficient money only for the essentials, Canada’s companionship was very important to us. Not just for the money we received, but for the prayerful support we felt from our brothers and sisters in Christ in Canada. We will never forget that.”

I take this opportunity to recognize the many people who have contributed to that legacy. In addition to my immediate predecessors in office, Andrew and Michael, I would also name Ted Scott and Howard Clark. Along with them, I name a number of former General Synod staff, including Jane Maxwell, David Hamid, Philip Wadham, Ellie Johnson and Michael Pollesel. I also sing out my thanks for the very able leadership and devotion of Andrea Mann, our director of global relations, and Michael Thompson, our general secretary, who also serves as secretary of the Metropolitan Council of Cuba. And let me not forget the diocese of Niagara and its nearly 20 years of companion relationship with the diocese of Cuba.

In praying for the faithful in Cuba and their bishop, Griselda Delgado del Carpio, I think often of Michael Peers and his regard for the church there. Reminiscing on what he modestly described as his work as a “volunteer in mission,” he wrote:

“My Spanish allows me to pray morning prayer in that language every Friday, using the diocesan list, to intercede for people and places I know. And I pray for continued growth, for deepened Christian experience, for an end to isolation, and God’s blessing on a wonderful people, country, and church”—from Welcoming the Stranger, ABC Publishing (Anglican Book Centre), 2007.