The rule and power of Jesus 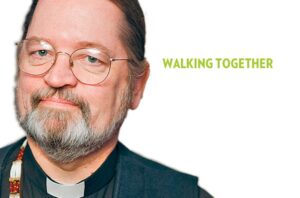 When the early followers of Jesus proclaimed he was ruler of all things (“Jesus is Lord!”) they pointed towards an understanding of authority and power which seems far from the world we live in today—so far that some wonder if describing Jesus as the sovereign above all else is a contradiction of the character of his life and teaching.

To say that Jesus is the ruler of all is not to say institutional and denominational Christianity wins in the end, or that Jesus takes the front of the line before prime ministers and monarchs. Though Christians have often implied this over the years, it is an insult to the true meaning of the sovereignty of one who chooses to express his rule by dying on a cross.

As Jesus taught us, the sovereignty of God he embodies is abiding and growing in Creation and history towards “the renewal of all things” (Matthew 19:28). This Kingdom or Reign of God is not easy for people to see clearly or even notice, though it is intimate to every moment and movement of life. As it unveils its “power” in Jesus, it mocks all other forms of power. They are just pretending; they do not know what true power is. They blaspheme the power of love that is the power of God.

Jesus asked his followers to live in the manner of God’s sovereignty and power, which he now embodies through Cross and Resurrection. In this way, his disciples hasten the coming of a new heaven and a new earth (1 Peter 3:12), no longer hypnotized by the grotesque cartoon power of tyrants, money, and image. This is our calling. It calls us to the overwhelming healing of Jesus, but it also calls us to endure the challenging opposition that he faced from the false powers that seek to inhabit our world.

Today, as we sit in the moral ruins of centuries of false prophecy regarding Christian power (the list is too long to mention more than a few: Crusades, residential schools, moral bullying to control others, and gathering great wealth at the expense of the poor), the teaching of Jesus regarding religious corruption judges the churches as much or more as anyone else. At the moment, we should tremble to hear that he is coming again.

Yes, I know that there is so much good that, in the mercy of God, has inhabited the church in the midst of our sojourn with worldly compromise. God has, in the midst of it all, continued to offer new life. But this does not condone or permit a few more days of dancing with forms of power that join those who taunt Jesus from the foot of the Cross. Today is the day of our salvation. Today, we do not need one more bit of evidence that the way of the Cross is the only way of sovereignty and power that the love of God requires and demands.

There is, therefore, nothing more urgent for us to do than to live with Jesus as our sovereign in the manner of his rule from Cross and Resurrection—to live a way of life that not only hastens his coming, but yearns for his coming. That is the promise of repentance for our church and hearts today.