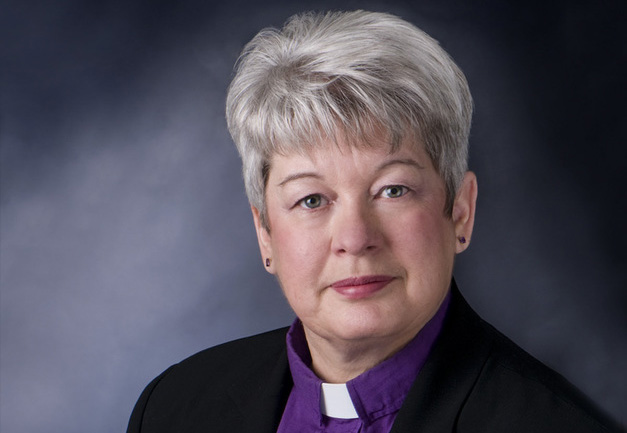 Barbara Andrews, suffragan bishop of the Territory of the People for more than 10 years, has announced her intention to retire Dec. 31, 2019.

Andrews made the announcement at the Assembly of the Territory of the People, held May 31-June 2 in Quesnel, B.C.

According to a post on the Territory of the People’s website, the assembly approved a policy to elect a bishop hours before Andrews made her announcement. The process “can immediately commence with the hope of an Electoral Assembly on September 28, 2019 and the seating of the next Bishop in early January 2020,” the post says.

“When I became bishop suffragan in 2009, I envisioned a different ministry, but found my role was to give leadership to a process of moving the Anglican Parishes of the Central Interior from under the jurisdiction of the ecclesiastical province of B.C. and Yukon, to becoming once again an independent Anglican identity with all the rights and responsibilities of a diocese,” Andrews said in her speech.

“During my episcopal ministry, in my visits with each parish and to the many gatherings we held, I learnt some important truths about the people who God had gifted me to share in ministry with,” she added. “The first truth is the deep commitment to be the family of God despite the horrors of our history, and along with your deep commitment to walk together to healing and reconciliation has been paramount in your sharing with me—you were prepared to give up all to stay in the family of God here in this place.

“The second truth was your desire for the right to elect your own bishop under your terms.”

The third truth, Andrews said, was that territory members knew they would need “to embrace new ways of being church and doing the mission of God in this place. I witnessed how faithful you were in prayer, allowing the Holy Spirit to take you on a journey that brought us here to today. As you moved to becoming the Territory of the People, you held firmly to your commitments, made right here in Quesnel in 2000 as you let go of the diocese of Cariboo. You held firmly to the affirmations you adopted as you became the Anglican Parishes of the Central Interior, and I believe you have been able to maintain the best of who you have been and are as you walk together into a hope filled future.”

Andrews grew up in Fort McMurray, Alta., in a Métis family of nine children. She recently obtained her status as a member of the Enoch Cree Nation. She is the mother of David and Patricia.