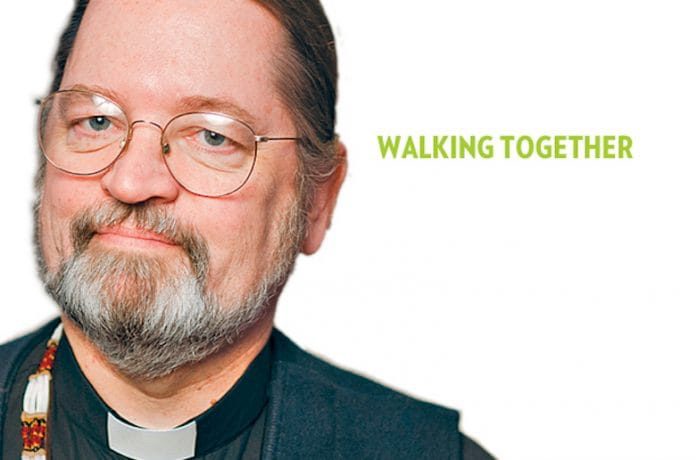 (This article also appears in the April 2018 issue of the Anglican Journal.)

The recent acquittal of Gerald Stanley in the death of Colten Boushie has revealed a deep and abiding difference in the experience of Indigenous peoples and non-Indigenous people across Canada. For many Indigenous people, this was both heartbreaking and familiar. For many other Canadians, there was both dismay and some surprise. The enormous gaps in the performance of justice, the widespread and obvious denial of basic respect and dignity for Indigenous people in the legal system, have become clear in a way that is a sharp jolt to a broader public.

Many of the responses to the verdict have been useful and good; Senator Murray Sinclair’s comments stand out as practical, wise and constructive. While holding onto these practical steps forward, it is very important to recognize some of the deep truths this matter reveals. The deep and wide presence of systemic evil in Canadian society and culture has become clear to a larger group of Canadians. Recognizing this, may we perceive that there is no healthy way forward for Canada without an effective dismantling of the systemic evil we call racism.

The conscious attitudes of individuals are where most people locate racism. For significant parts of Canadian society, therefore, outright prejudice against Indigenous people is no longer accepted in polite conversation and behavior. But, the systemic nature of racism is revealed in that long after direct statements of prejudice are rejected, bias and fear of “the other” are still embedded in all the various structures and institutions of our society—including the institution of the church. Sadly, and with deadly impact, bias and fear of the other linger in the hidden and habitual attitudes of great portions of our society.

In Scripture, the struggle with systemic evil is a central element of the ministry and life of Jesus. The systemic character of evil is portrayed, in one aspect, as a personal human problem. Embedded in our hearts, it is the focus of the gift of spiritual discernment and the practice of moral examination. Systemic evil is also a communal and cultural problem, described by Paul as the principalities and powers. We find these at a societal level, more often understood today as institutions, ideologies and images. These, too, are to be examined in spiritual discernment—to test the spirits—and in the practice of a more communal moral examination.

We are to approach systemic evil with one thing in mind: Jesus, as Paul proclaims in Colossians 2:15, has “disarmed the principalities and powers…triumphing over them by the cross.” We are, therefore, to engage these evils with courage and hope, not backing down and not giving up. We know that their death and destruction often lurk in our hearts and in our cultures. We also know and affirm that God has called us in Christ to a fearless spiritual and moral discernment that leads to their dismantling in the work of love and reconciliation.