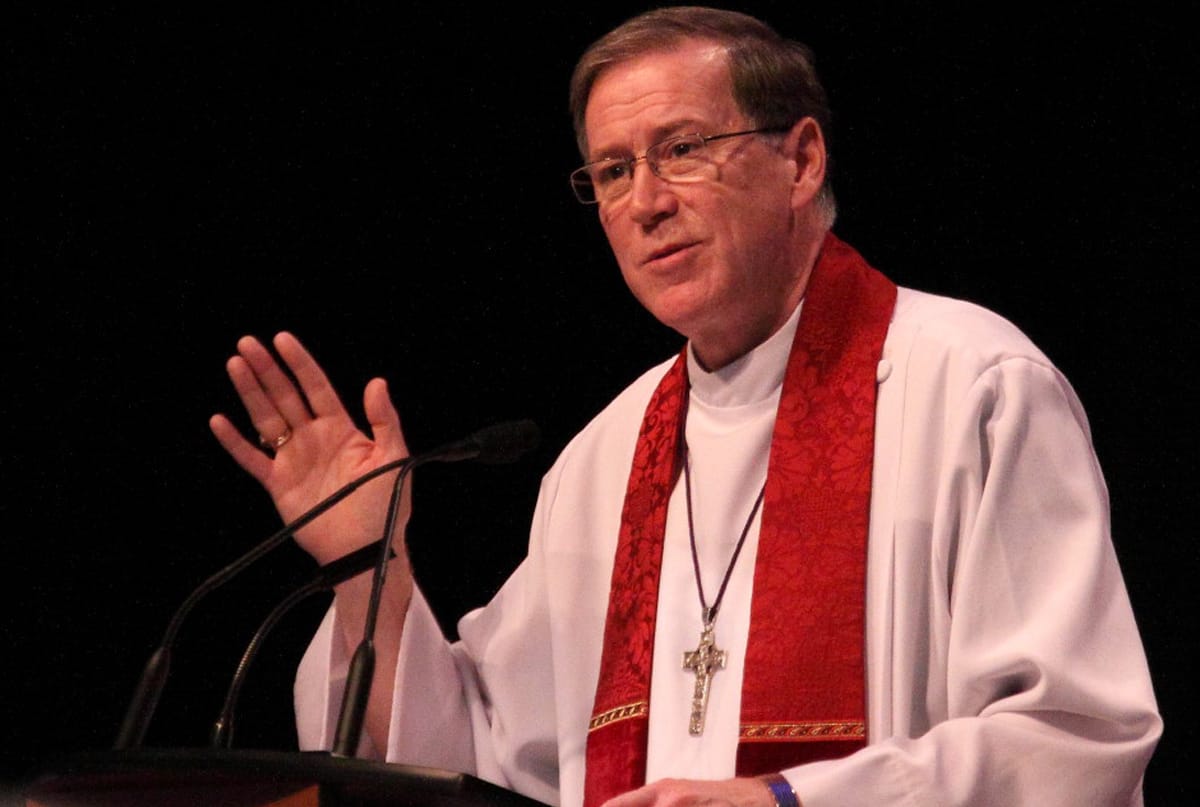 Archbishop Fred Hiltz, primate of the Anglican Church of Canada, told the closing session of the General Synod 2010 in Halifax that he believes the church has undergone a rebirth.

“I believe the Spirit of God has presided in this synod, as we have taken counsel over contentious issues, particularly around the blessing of same-sex unions.”

General Synod was designed in such a way as to avoid a resolution on the same-sex blessings issue coming to the floor for debate. And the 300 delegates from across the country’s 30 dioceses accepted the plan.

Instead, a series of discussion groups were held in which almost all participated. A 600-word statement came out of the discussions describing various opinions on the same-sex blessings issue. The synod voted to “affirm” the statement, but otherwise took no legislative action.

“The Spirit has called us out of that and into a new space in which we have robust conversations,” said Archbishop Hiltz.

In this new space, he said, “we try to speak the truth in love. We try to listen respectfully. And together we try to discern the Spirit’s lead.”

Three years ago in Winnipeg, a contentious resolution that would have established a “local option” for dioceses who wished to bless same-sex unions was passed by the clergy and lay delegates, but narrowly defeated by the synod’s 40 bishops. Under synod rules, resolutions can only pass when approved by all three orders: bishops, clergy and lay.

General Synod 2007 did not forbid the blessings, however, and one diocese where priests had begun in 2003 to bless committed same-sex unions continued the practice, and three other dioceses in specified parishes joined them.

Archbishop Hiltz, who preached the sermon at the closing eucharist, said he felt the tone of the Halifax synod was much improved from the previous one.

“I think the Holy Spirit has called this church out of a time when we tried to resolve so many contentious issues through resolution, heated debate, fierce confrontation, even on the floor of synod, [with] subsequent hurt and anger and frustration and discouragement. People should never walk away from a synod feeling that way,” he declared.

“We have emerged from this synod, I feel, more encouraged, and hope-filled, as people of faith,” he said. “I don’t want to exaggerate this, but I think this church has truly been renewed in the Spirit of God-I dare say, reborn-reborn to a new way of living the gospel, speaking with one another, walking together.”

Presiding at the eucharist was Bishop Susan Johnson, head of the Evangelical Lutheran Church in Canada (ELCIC).