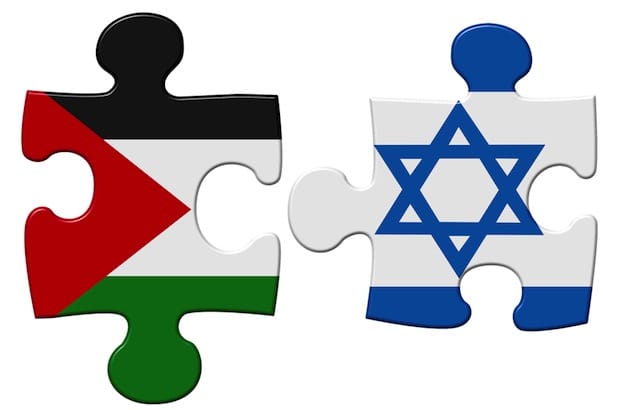 One rule for readers and another for contributors?

I refer to your editorial and the statement re: letters (Dear editor…, June 2015, p. 4): “A surefire formula for not getting published? Resort to name-calling…”

I was very surprised to read, in the same issue [page 14], the article (Christian Zionism a ‘heresy,’ says Anglican priest) by Neale Adams concerning Canon Naim Ateek, and wondered why you do not apply the same principle to people you quote in articles.

I am a life-long Anglican of some 74 years (in both U.K. and Canada). I do know there is “Jews for Jesus” (which meets on Mount Pleasant Rd., Toronto), but I have never heard of “Christian Zionism.”

Ateek’s references to Christian heresy, tribalism and racial exclusivity all seem to me to be name-calling at the very least.

Is this one law for readers and another for contributors?

I’ve read many letters and articles calling for sanctions against Israel. What struck me about the letter by Cheryl-Ann Archibald [Anti-Zionism doesn’t mean anti-Semitism, Jan. 2015, p. 5] was her continued emphasis that her views were not anti-Semitic and that anti-Zionism does not necessarily equate with anti-Semitism.

I accept Ms. Archibald’s statement that she is not anti-Semitic, but that doesn’t justify what is a one-sided and biased view of the Israeli-Palestinian situation.

It is a complex situation, a tragic one for both Israelis and Palestinians, with faults on both sides. However, any discussion needs to reflect all of the issues.

Despite the Jewish people’s having been inhabitants of Palestine since biblical times, and the State of Israel’s having been legally established after the Second World War, many of the Arab nations and Palestinian leaders have refused to accept the right of the Jewish people and the State of Israel to exist. After the establishment of Israel, the Arab nations attacked Israel on all sides. They were defeated and that is why the boundaries of Israel now extend beyond the initially agreed-upon lines. Many of the Arabs and Palestinians are still calling for the destruction of Israel.

Similarly, referring to the destruction that took place in Gaza and the crackdown on Palestinian protestors, Ms. Archibald neglects to mention the continual firing of rockets, the building of tunnels over several years by Hamas and the recent murder of three Israeli teenagers by Palestinians.

Ms. Archibald’s call for action against businesses participating in “illegal” settlements is similarly one-sided. Why no action against Arab states and Hamas, who are calling for the destruction of Israel?

The only way to resolve this situation for both Israelis and the Palestinians is a two-state solution. Unfortunately, until the Palestinians and their Arab supporters are prepared to drop their calls for the elimination of the Israeli state, it’s hard to see how progress can be made.

Armenian-Canadian finds sanctuary (and then some) at Anglican church

Re: What brought you here today? (Voices, Andrew Stephens-Rennie, June 2015, p. 18). I came to the Anglican church from the Armenian Apostolic Church. I wanted to learn more about God. I went for the sermons, then the guest speakers, Christian education courses and women’s retreats. In the 15 years since, I have learned a lot about God and am still an eager student and believer.

For a long time, I double-churched, going to the Anglican church at 9:15 a.m., then the twice-monthly Armenian church services at 1 p.m. I also started a Bible study group and a newsletter (written for each service) in order to share what I’d learned with my fellow Armenians. The parish priest insisted Bible study could not take place without him. After a few meetings, he cancelled it because he had a friend coming to visit. The Bible study never happened again.

After six years, when I stopped doing the newsletter, all the parish council cared about was the lost advertising money. It made me sad.

I am grateful for the quiet sanctuary and warm welcome I receive at the Anglican church. I believe it doesn’t matter to God where you seek him, as long as you seek him.

Thirty years ago, I stood by my mother’s bedside as she endured the pain of terminal cancer and was denied all but minimal morphine, given only at specified times.

Last year, after my husband of 58 years received the devastating diagnosis of advanced ALS, he signed a release asking that he not be kept alive by artificial means; he was kept pain-free and chose to refuse all food, hastening his demise.

Surely, saying you are a Christian does not rule out compassion and give one the right to decide the fate of others, even if they may differ from one’s rigid beliefs. Threatening to “not set [one’s] foot in a church again” (Life everlasting, Letters, June 2015, p. 4) speaks for itself.

Do what Jesus did

I am not a Christian, but as a reader of the Anglican Journal, I feel compelled to reply to Leave Canon 21 Alone (Letters, June 2015, p. 4).

This letter seems to epitomize the bigotry and intransigence of some members of the Anglican church.

Surely the followers of Jesus should be showing the same acceptance and love of all members of society as demonstrated by his example and teachings.