Dennis Drainville, retired bishop of the diocese of Quebec, is re-entering politics by running for the Green Party of Canada in this fall’s federal election.

Drainville, who retired as bishop in 2017, announced June 5 he would be running for the Greens in the riding of Gaspésie-Les Îles-de-la-Madeleine, which covers a swathe of the Gaspé Peninsula as well as the Magdalen Islands.

Drainville, who served as a member of Bob Rae’s NDP government in Ontario 1990-93, says he’s been involved in politics in some capacity his entire life, so that returning to it feels second-nature to him. His decision to re-enter now, he says, was spurred by a realization that the coming vote, scheduled for Oct. 21, will be “an election like no other,” because it will require momentous decisions to be made on how to deal with the twin threats of climate change and unethical government.

“Those kinds of issues I think are going to be much more important than they’ve ever been in any other election,” he says.

His switch from the NDP to the Greens, Drainville says, is due partly to a lengthy courtship by Green leader Elizabeth May.

May is also an Anglican, and for a time even studied to become a priest. But Drainville says this has nothing to do with his candidacy for the Greens. He says he and his wife, the Rev. Cynthia Patterson, came to befriend May through their shared social activism. When May was in Quebec City, she would often stay with them at the bishop’s residence, and they would talk politics.

“I would be interested in what’s going on in the House of Commons and the Senate, and we’d talk,” he says. “She’d always say, ‘You should really run again, for the Green party.’ And I’d laugh it off, because I certainly wasn’t going to do that when I was bishop of Quebec! That was not a possibility—but now I’m retired.”

Meanwhile, Drainville was becoming increasingly disenchanted with the NDP. Eventually, after a meeting with former party leader Tom Mulcair, Drainville said he became convinced that decision-making had become excessively concentrated in the leader’s office—as, he contends, it has in Canadian politics generally.

“We’ve seen in successive governments the build-up of the prime minister’s office, the concentration of power—and by concentrating power there is a commensurate erosion, if you will, of the work of Parliament,” he says. “This was certainly true when I was in the Rae government. Having been elected to the Legislative Assembly of Ontario, I naturally—being a bit of an idealist—believed that we would in fact govern differently. We didn’t. that’s the simple truth.”

Drainville quit the provincial NDP caucus in 1993, after voting against his own party’s budget when it proposed opening casinos in the province to raise revenues. He briefly sat as an independent, then left Ontario politics before his four-year term was over.

Drainville believes that a concentration of power in the hands of the executive branch has been accompanied by an increasing tendency in government to prioritize the interest of elites, the “one per cent,” that have close ties to government, and to disregard the views of elected representatives and the reports of the committees they sit on.

“Parliament is ineffective—we have no leadership, there’s a buildup of power in the prime minister’s office and we have leadership by 15-second sound bites, and Twitter and what have you. This is the politics of today,” he says.

“Governments today are becoming dangerous…. We should be electing leaders who care about the common good. They say they do, of course. The rhetoric is all there, but in fact when you see what they do and how they do it, they are not supporting the needs and aspirations of all Canadians. They have their own political and economic agenda and they pursue it, at times even ruthlessly.”

Drainville has been known to beat the odds—his victory in the provincial election of 1990 came as a surprise to many observers of Ontario politics, because his riding was considered a safe one for the Conservatives. But he says he has no illusions that the coming campaign will be easy.

“My winning in the riding here is a long shot—there’s no question, because the Greens are coming from zero,” he says.

In the 2015 federal election, Liberal candidate Diane Lebouthillier garnered 39 per cent of the votes, with the NDP following at 33 per cent. The Greens mustered just under 1 per cent—just ahead of the satirical Rhinoceros Party, which won 0.75 per cent.

On the other hand, he says he believes there’s currently widespread disaffection in Canada both with the Liberals and the NDP that could allow him a chance.

“The question is,” he says, “are people willing to change in a real way and take a chance with somebody that comes at things from my clearly left-leaning approach to politics, and someone who talks about things the way I do?”

The Green Party of Canada will be the third political party Drainville has served as a candidate. He first ran for office as a Liberal in 1977 in the Toronto riding of Riverdale, when he was 23. His affiliation with the Liberals, he says, originated from spending his boyhood in the province of Quebec at a time when its politics was still dominated by two traditional factions: the rouges, who voted Liberal, and the bleus, who tended to vote for the Progressive Conservatives  in federal elections and for the Union Nationale provincially. By 1967, he says, Pierre Trudeau had come to be a focus of his political interest.

Drainville left the Liberal party in 1978, and joined the NDP some years after that, after he had gotten to know Rae.

Drainville was elected co-adjutor bishop of the diocese of Quebec in 2007, and became diocesan bishop in 2009. In 2015, he allowed his name to stand in an episcopal election in the diocese of Montreal, hoping to merge the two dioceses, but lost to Mary Irwin-Gibson, who remains bishop.

While it may seem unusual for a bishop to run for public office, Canada has a long tradition of ordained men and women in politics. Here’s a list of just some of them: 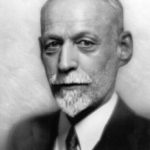 J.S. Woodsworth—Ordained and served as a Methodist minister, but resigned in 1918 because of the church’s support for the war. Elected to the House of Commons in 1921, representing Winnipeg Centre, and remained an MP until his death in 1942. Was the first leader of the Co-operative Commonwealth Federation (CCF), predecessor of the NDP. 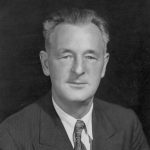 William Irvine—Ordained a Methodist minister, but was accused of heresy and switched to Unitarianism in 1916. Led his congregation to form its own “People’s Church” in 1919. Elected as Dominion Labour Party MP for Calgary East in 1921-1925. Helped found the CCF and served as an MP for the CCF 1945-1949. 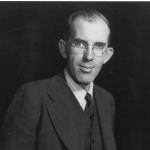 Stanley Knowles—Was raised a Methodist but was ordained a minister for the United Church of Canada in 1933, eight years after it was founded by the merger of the Methodist Church, Canada, with three other Protestant denominations. Joined the CCF in 1934 and was elected to the House of Commons, representing Winnipeg North Centre, in 1942, replacing Woodsworth. Served as an MP for the CCF 1942-1958, then from 1962-1984 for the NDP.

Tommy Douglas—Ordained a Baptist minister in 1930. Joined the CCF and was elected to the House of Commons in 1935. Served as CCF premier of Saskatchewan 1944-1961, introducing the first system of universal health care in Canada; leader of the federal NDP from 1961 to 1971. Was an early advocate of not only Medicare but other social programs, such as a national pension plan, that would eventually be adopted by the federal government. 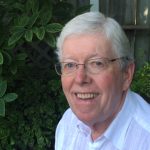 David MacDonald—Served as a United Church minister before entering politics; served as PC MP for P.E.I. ridings 1965-1980, then for the Toronto riding of Rosedale 1988-1993. Ran unsuccessfully as an NDP candidate in the 1997 federal election. 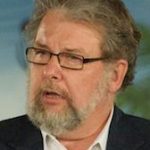 Bill Blaikie—Ordained a United Church minister in 1978, and entered politics soon thereafter, becoming one of Canada’s longest continuously-serving parliamentarians. Served as NDP MP 1979-2008, and as a provincial MLA in Manitoba 2009-2011. 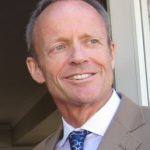 Stockwell Day—Raised Anglican but eventually converted to Pentecostalism and became assistant pastor at a Pentecostal school. Was PC MLA in Alberta 1986-2000; became head of the federal Canadian Alliance in 2000 but was defeated by Jean Chrétien’s Liberals the same year. Held cabinet positions under Conservative Prime Minister Stephen Harper’s government until 2010. 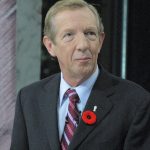 Lorne Calvert—United Church minister, ordained in 1976. Elected as NDP MLA in Saskatchewan in 1986. Served as premier of Saskatchewan 2001-2007. 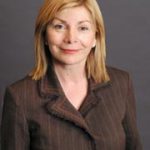 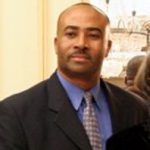 Don Meredith—Pentecostal minister. Served on Senate from 2010-2017; resigned after an investigation into sexual misconduct by the Senate ethics officer.