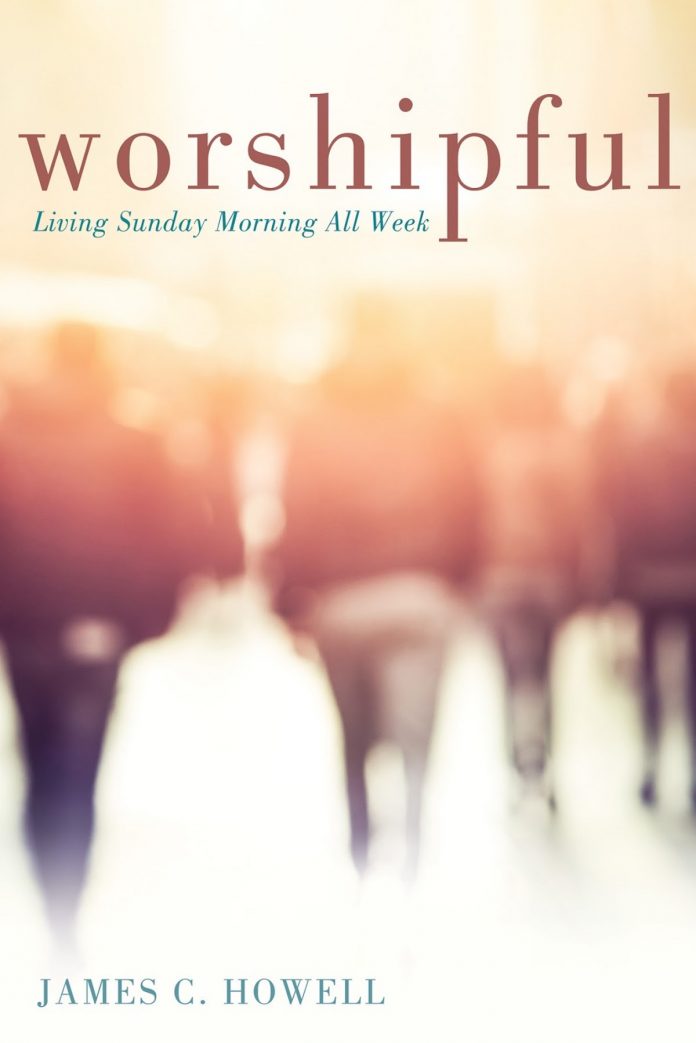 Worshipful is a well-written, ecumenically informed reflection on what it means for moderns to be engaged in praising God—not just in formal services of worship, but through the week as faithful people. The author has read broadly and travelled widely—not just on familiar turf, but into territory that expands his experience as a pastor and teacher of preaching.

Howell’s ministry ethos is what might be broadly termed “Bible-belt America,” where he serves in Charlotte, N.C. I live and minister in a very different ethos—Calgary, Canada—but the essence of what Howell has to say also speaks meaningfully to me. I suspect that many of his insights apply to a wide sweep of what we know as mainstream but secularized Christianity in North America today.

Howell is grounded in his Methodist heritage, but he demonstrates an understanding of worship practices beyond a narrow Protestantism to include  Anglican, Roman Catholic and Orthodox spiritual traditions. While he honours the past, he is also open to such contemporary and diverse voices as Johnny Cash and Pentecostalist praise songs.

A special quality of this book is that, while the author focuses on formal congregational worship, he constantly attempts to draw his readers into a worshipful stance beyond the sanctuary.

I find refreshing his attention to what, from my background, was worship centred on the public reading and proclamation of the Word and the celebration of the sacraments. Howell opens new doors to reciting and confessing the ecumenical creeds at a time when many Christians seem to have discarded them as irrelevant and outdated. He resonates with Rowan Williams on the modern relevance of doctrine and a creedal “repeating what is true every week.”

Secular and sacred are not opposite realities for Howell. In every aspect of life, we are called to find our own meaning, and, as Charles Taylor the Canadian philosopher suggests, “If there is any meaning at all, it comes from inside us.”

One tendency I found disconcerting was the author’s habit of defining “what God thinks” and “how God feels” about many matters. As one who was taught the approach that—as a preacher—it was my task to tell people where God stands on things, I have in my later years come to be less certain and opinionated about that.

It was helpful to be led through a liturgical sequence from invocation to benediction and to gain new perspectives on such matters as worship space, vestments (church clothes), food and the meaning of the offering.

As I read this book, I recalled my own upbringing by parents who attended church faithfully and lived true to their faith the rest of the week.

What a blessing to read a book about worship that does not advocate the disposing of all traditional music and its replacement with the latest in Christian rap; or of substituting gospel proclamation, and all that it should entail, with whatever seems to enter the Saturday night mindspace of the preacher.