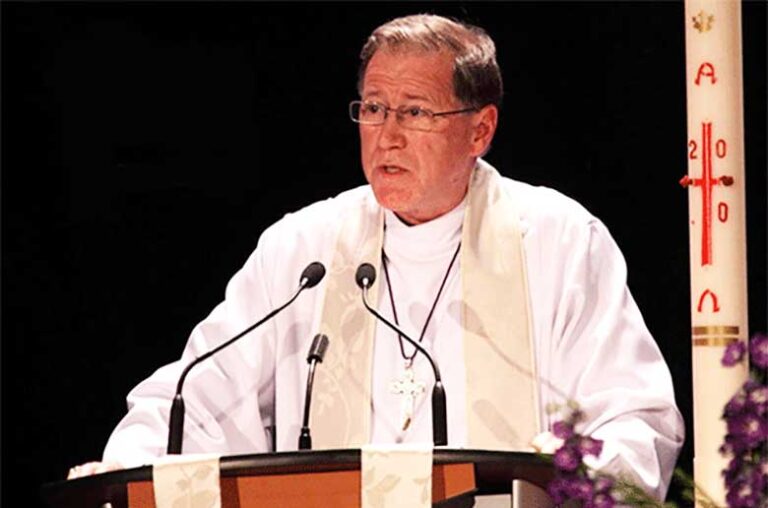 If prayer is “a gathering into the heart,” as former Archbishop of Canterbury Rowan Williams put it, and “a longing of the soul,” as Mahatma Gandhi said, a special prayer recently composed by the primate of the Anglican Church of Canada expresses both intentions.

Archbishop Fred Hiltz has written a prayer for Jerusalem Sunday, a new annual observance, which Canadian Anglicans will celebrate for the first time on June 1.

The prayer-which Episcopal Diocese of Jerusalem Bishop Suheil Dawani recites in this video-speaks of how love must extend beyond one’s own environs and into the world; it also captures the hopes and dreams, and lamentations, of Christians in the Holy Land.

O God, We give thanks that your dear Son has gathered us in the embrace of his redeeming love and sent us to make that love known to the ends of the earth.

We pray your continued blessings on the steadfast witness of the Church in Jerusalem and throughout the Middle East.

Give your deep joy to those who welcome the pilgrims seeking to know this land and its many peoples.

Grace those who proclaim the gospel.

Guide all who teach a new generation of young people.

Draw near to those who are sick and bless those who tend them.

Sustain the hope of all who long and labour for a just and lasting peace in the land of The Holy One.

And may the companions of Jerusalem be many and faithful.

We pray in the name of our merciful Saviour, Friend, and Brother, our Lord Jesus Christ.