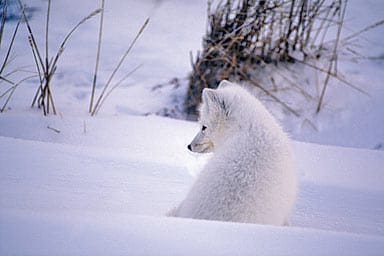 “Let us offer our prayers to the Source of all life and love.” Photo: Nick Norman / National Geographic

Today, the urgent issue of climate change is uppermost in the Anglican conscience-and soon it may be front and centre in lay prayers and intercessions.

Last June, General Synod 2010 in Halifax adopted a motion resolving to “encourage dioceses and parishes to incorporate concerns about the care of creation more fully into regular liturgies and to request the Partners in Mission and the Ecojustice Committee to provide resources for this.”

Among those stepping up to the plate are two Toronto Anglicans: Canon John Hill, a retired priest affiliated with the midtown Church of the Messiah, and Diane Marshall, a lay prayer leader at St. Peter’s Church. Marshall is part of Just Earth, a small ad hoc working group that in 2009 was asked to develop the resolution on climate change for General Synod. Along with several other Toronto group members, this clergy/laity duo hopes to establish online liturgical resources on themes of the creation and its preservation. These resources can then be shared by all those who wish to petition God’s help in addressing environmental concerns.

“There does seem to be an interest in the idea of trading examples of more effective wording and more passionate expression of concern,” says Hill. As veteran lay prayer writer, Marshall has often wished for resources she could turn to in search of interesting ways of speaking to different issues. “I have not found it easy to access material for Prayers of the People on an Anglican website,” she says.

Hill asks why advocating for the fragile well-being of the earth in the context of Christianity is not more prominent in the Prayers of the People. All too often, he says, Anglican intercessions and thanksgivings are little more than cursory nods to members on a predictable checklist ranging from the church and the Queen to the sick, the needy and the departed.

And when members of the congregation do add their own petitions, these are usually the names of suffering persons known to them. Hill suggests several ways to give meaningful depth to lay prayers:

1. Acknowledge our role in resisting God’s will for the world. “We must acknowledge our complicity in militarism, the growing gap between rich and poor and an unsustainable way of life that is ruining the environment.”

2. Search carefully for words that reflect the true gravity of the world’s plight. Be selective and succinct.

3. Anchor intercessions in Jesus’ words of prayer for the coming of God’s kingdom. Have the congregation respond to each petition with “Your kingdom come, O Lord; your will be done on earth.” Perhaps use the Lord’s Prayer to introduce or gather up the intercessions rather than have it precede or follow the communion as is customary.

4. Do not fill the Prayers with the names of unknown worthies and luminaries.

5. Share your prayers with others and learn from them the art of giving voice to what Paul calls in Romans these “sighs too deep for words.”

Hill, Marshall and their colleagues hope to soon post online samples and links for leading the Prayers of the People. Churches in the U.K. and Australia have already begun to include the plight of the physical world in their Prayers of the People, and intercessory examples on this theme can be found on the U.S. website Earth Ministry. For some quite poetic paeans to the world and its Creator, go to http://earthministry.org/resources. Ω