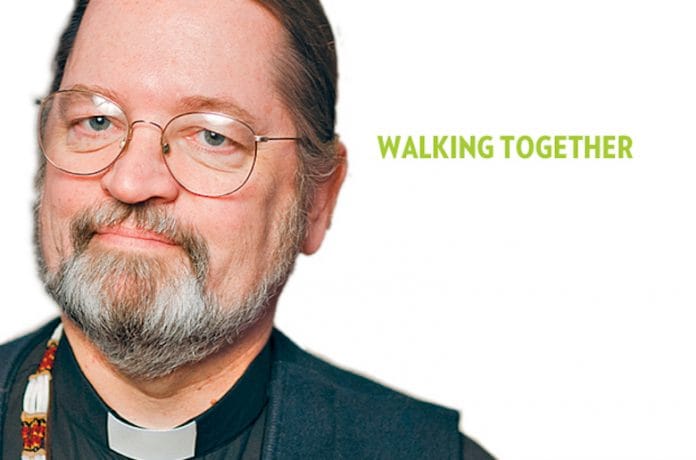 Canada is in the process of a bold experiment in reconciliation and much is riding on it. There is a strong and pervasive element of hope that the outcome will be positive and that we will all be better for it. Yes, there is still some apathy, ignorance and resistance, but the strong presence of the opposite is encouraging, especially in the churches.

This is not to say that what is to come is going to be easy. Reconciliation, though we can say that it is, and must be, received as a gift from God, requires vigorous human co-operation and dedication. If it begins in the victims reclamation of a stolen humanity, it continues in the oppressors repair of their humanitywhat was lost in the denial of humanity to others. That is not easy.

When I began my job as the National Indigenous Anglican Bishop, it was widely assumed that most of the work would be on the side of the victims of the Indian residential schools. Attitudes have shifted; people seem more inclined to recognize that society, as a whole, and the churches, as a part, need to repair the damage created by participation in a system that hurt and destroyed others.

It is not just to right a wrong; not just to make up for what was lostin many cases, that is not possibleit is to try to make a new society. We seek transformation and not just restoration. This is not to dwell in the past, but to shape a common future that is the place where all will find redemption.

This is resurrection work and, as Paul was clear, it is a fundamental paradigm for Christian discipleship. We are to be ambassadors of, and for, reconciliation, Paul says, beginning with our own reconciliation with God. It is the fundamental work of Christian faith to do this, though in haste of our participation in a scheme of destruction it was forgotten. Today, we are recovering it.