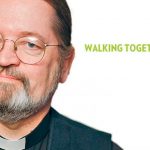 Over the past few decades, there has been a profound change in the way that Christian churches understand and speak about mission, something long overdue. Among the churches of a Western cultural framework, mission was often distorted, even deformed, by the ideologies associated with colonial expansion of Euro-North American power and culture. Some of the consequences are horrific. Mission, in the colonial model, was viewed as the work of the church. Faith and resources were to be sent from a powerful and stable centre to what was viewed as humanity’s margins. Mission was often seen as “civilizing” peoples and taming the wilderness.

Today, there is a remarkable consensus among the churches that declares, in contrast to the colonial model, that it is God’s mission that truly matters in creation and history. God’s mission is the Holy Trinity’s unfolding plan for creation-wide salvation and renewal; the movement of God in history and creation, definitively revealed and actualized in Christ’s life, death and resurrection. The ongoing and unfolding life of the Living Word of God, animated and embodied by the Holy Spirit, is experienced in all times and places— moving creation towards the flourishing of life. The church’s task is to join, live and proclaim God’s mission, unveiling the inner realities that animate all that is. This is where truth, justice and love live and breathe. We are moving towards God’s ultimate reconciliation of all that is, in and through the Living Word of God.

Accompanied by the emphasis on God’s mission is the emerging concept of “mission from the margins.” (See the document of the Commission on World Mission and Evangelism of the World Council of Churches, Together towards Life.) Mission from the margins is the recovery of a prominent theme of Scripture and the early church.

The shift of the spiritual and demographic centre of the church, from Europe and North America, is only one part of the multi-sided change in the life of the church universal. These two shifts in the understanding of mission provide a prophetic challenge to the established churches of a Western cultural framework.

The challenge calls all who bear the name Christian to listen carefully to what God is saying to us from the margins. The renewal of the churches is certainly related, in a fundamental and primary way, to this discernment of God’s voice.