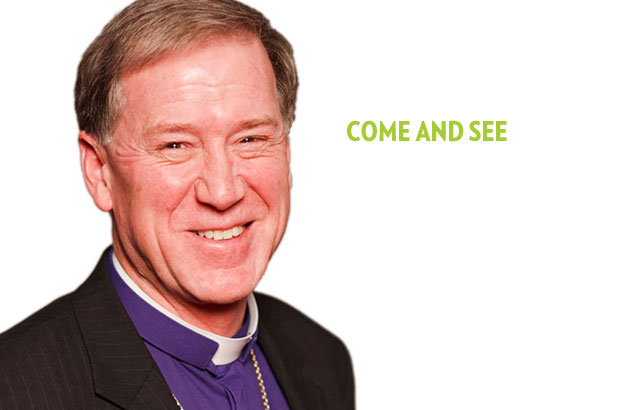 This article first appeared in the June issue of the Anglican Journal.

On June 4, I will be in Kingfisher Lake in northern Ontario for the inauguration of a new diocese. This occasion fulfills a vision of a deeply loved and highly respected elder, The Rev. William Winter. It had been revealed to him that some day there would be a truly indigenous church with leadership from among his own people. Having founded a school of ministry, he saw a number of indigenous men and women trained to be catechists, deacons and priests.

He was much encouraged when the synod of the diocese of Keewatin responded so favourably to a call for the creation of a Northern Ontario Region-one that would be self-determining and self-sufficient with respect to the provisions of ministry throughout its communities; and when the ecclesiastical province of Rupert’s Land amended its canon for the election of bishops, making provision for indigenous peoples to elect a bishop in accord with their own custom for raising up new leaders. He took great delight in the election and consecration of his niece, Lydia Mamakwa, on May 4, 2010.

Lydia’s ministry of building up the church in those northern communities gave the people confidence to take steps toward the creation of a new diocese. This move enjoyed the full support of Archbishop David Ashdown, and the synod of Keewatin, the co-operation of neighbouring dioceses and the full endorsement of the provincial synod.

In 2013, the General Synod gave unanimous concurrence to the formation of the new diocese. Speaking on behalf of the elders and youth present, Bishop Lydia said, “I don’t know if there’s one word to describe the elation we felt when we saw all those hands going up. All I can say is thank you everyone for your support and may God bless you.” In an instant, everyone was on their feet and bringing their hands together in sustained applause. It was one of the most Spirit- filled moments at the synod!

As I participate in the celebration marking the inauguration of the new diocese, I will be carrying the delight and prayers of our entire church.

In case you were wondering about the name of the new diocese, it’s “Mishamikoweesh”-meaning in Oji-Cree, “Big Beaver House.” There is a legend associated with that name and Bishop Lydia has promised to share it at the celebration. So stay tuned!