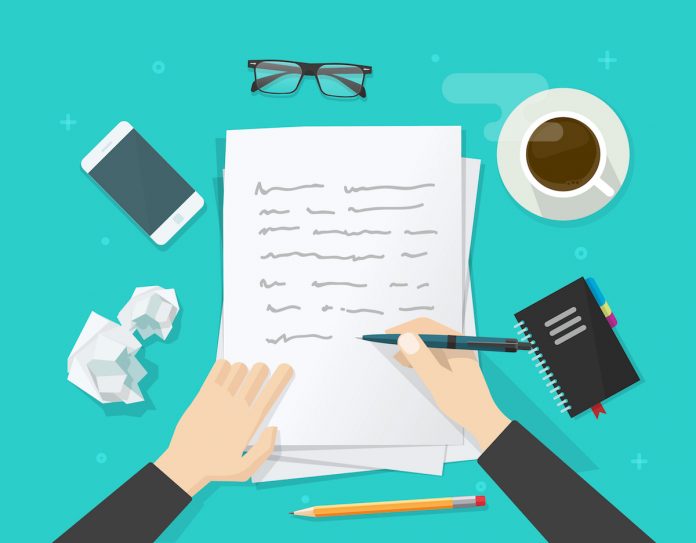 Letters are subject to editing.

As a lifelong Anglican, I am amazed at the emphasis on such matters as same-sex marriage while the church is slowly vanishing. Every issue of our diocesan paper describes churches being closed and/or merging. Attendance continually dwindles, many revenues are falling, and we are approaching the day when “the last person will turn out the lights.”

So what is the solution? If there is any lesson to be learned in our age of unprecedented change, it is that any organization that does not change will, like the dinosaurs, disappear. The question is, how can the Anglican church maintain the teachings of Jesus and the traditions of Anglicanism while adapting to a rapidly changing world and also grow rather than diminish?

The Anglican church is, and has been for hundreds of years, a force for good in the world. It is unthinkable that it would disappear, but we are certainly heading in that direction unless some action is taken.

I understand there is discussion within the corridors of power about the future of the Anglican Journal. I wish to state that if the Anglican Journal did nothing else but report on the activities of the unfolding relationship between the Anglican Church of Canada and the Indigenous Anglican church, your financial status should be secured.

I note particularly the reports of the ninth Indigenous Anglican Sacred Circle, August 6-11, 2018, in Prince George, B.C., and follow-up coverage to which I look forward as we approach the next General Synod.

And yes, it’s good to have this kind of news reporting available online, and I am able to access that information even as I live into my nineties, but not everyone is computer-literate, and I believe that all thinking, praying and possibly voting Anglicans also need to be informed.

Church at the crossroads

The Christian church came to Britain in the second century AD. The church was exempt from papal rule for much of its early history. Early in the fourth century, Christianity became the official religion of the Roman Empire. The church in Britain was well established, and existed as an autonomous, self-governing province of the Catholic Church with its own unique customs and traditions. The church was recognized by Rome as the true church. British bishops were present at the great Council of Nicaea in 325 AD, where the Nicene Creed was adopted. Eventually, however, it came under papal authority. In 1534, the church went back to the position of its first few hundred years. It was a non-papal church, but still Catholic, as it is today. The Anglican church is not a Reformation church, and it was not started by Henry VIII, a popular misconception.

God gave us a lawn and trusted the lawn to man. Gradually, weeds began to grow to the point it was killing the grass. We removed the weeds, but kept the lawn. The Protestant churches went down the street, and started new lawns that had no connection with the original lawn. They left the entire church, not just papal rule.

There are concerns in today’s church.

In conclusion, the Anglican church in Canada is at a crossroads and will have to decide whether to remain a true Catholic communion or face division and become another schism.

Church has a duty to fight systemic racism

I have a great deal of difficulty accepting Brent Cowan’s assertion (“Love for God and others is central element of Jesus’ ministry,” Letters, Anglican Journal, June 2018, p. 4) that there is not systemic racism. All one has to do to understand that there is systemic racism is to look at how we as a nation treat our most vulnerable population. Indigenous people are subject to a host of laws that are not inflicted upon non-Indigenous people. They exist in a maze of federal regulations that dictate how they can exist. They do not receive the same educational opportunities, do not receive the same social programs, and what programs they do receive are underfunded and subject to budget cuts. Is Mr. Cowan asserting that these federally controlled and chronically social programs and services are the same social programs and services that every other Canadian has access to? If this is not systemic racism, what is?

If it isn’t the duty of our church to combat these modern atrocities, what is our church supposed to combat?

If the central element of Christ’s ministry is about love, [then] loving God and loving our neighbour as ourselves should stipulate that our actions bring this not only to our own lives and those around us as individuals, but also reach out to a broader context as a church to right these systemic wrongs. Our church is not blameless in perpetuating these systemic issues, and it has contributed to this fabric of systemic racism.

I would like to close with a reminder that in 1993 Michael Peers, then our primate, acknowledged our role in perpetuating systemic racism in his apology regarding Anglican residential schools.

A very interesting way of looking at our councils and committees (“Seeing the fungus through the trees,” anglicanjournal.com, Aug.16, 2018). Have you tried (as I’m doing, in the back of my mind, even as I write this) pairing this insight up with Northcote Parkinson’s essays on administration? I’ve always found them all the more trenchant in their humourous construction, rather like A.P. Herbert’s fictitious cases in Uncommon Law and others of his. Both writers treat very serious problems with humour—and make their point memorably.

What’s going through my head is Parkinson’s claim that ALL committees tend to lapse into sterility, largely because the people that wind up on them are very seldom original thinkers, but rather rule-followers, and they tend to recruit like members. Parkinson even gives us a reason for this, in that nobody—even the most divergent thinker—will appoint folk who “rock the boat.” He’ll only appoint those who are more rule-bound than he is, so that, eventually, the committee dissolves into a body that can only function as self-perpetuating, and will have to be stripped of authority until such time as it becomes so inanimate that it expires peacefully.

How to correct this was a matter he didn’t delve into, for correction can come in two ways—one through expiry, and the other when the meta-committee becomes so blind that it cannot see that someone is actually like a time-bomb in the organization, and it appoints this person, expecting one thing, and discovering, to its horror, that he is quite unlike that.

Such a person arrived in the Roman Catholic world in John XXIII. Possibly the same will be true in John Paul II, or in the current pope—only time will tell. But I do think we need such a person or persons in the Anglican Communion, among our Lutheran colleagues—in fact, throughout the church. Truly, God moves in mysterious ways, his wonders to perform!

I was spiritually moved by the youth, their sponsors, their leaders and organizers (“CLAY hosts second-largest-ever blanket exercise,” anglicanjournal.com, Aug. 20, 2018). The CLAY gathering was highly energized by movement of Spirit. I am honoured to have been your elder-in-residence. I have learned many things watching, listening and hearing the organizers working so closely together—there were no visible glitches. The CLAY 2018 Thunder Bay will forever be in my heart, as it was a truly rewarding experience for me. Thank you. Miigwech.

Couldn’t agree with you more, thanks for saying so (“No splash,” anglicanjournal.com, Aug. 23, 2018)! I go one more step, to ask myself what we are doing spending so much time planning our praising and praying to “God,” for I think we need to be listening—not telling—God how wonderful she is, or asking her for this and that!

‘God is bigger than my personal tastes’

We Anglicans tend to be proud of our church’s image: liberal, inclusive, accepting, tolerant, welcoming, open-minded, generous, and all that other good stuff. But for some reason, these don’t apply to Tim and the Glory Boys.

You say, “this is a desperate attempt to convert the unconverted, describing God as nothing different than who we already are. This invitation provides little challenge for us or the world to be altered by a choice for a life lived in Christ.”

Goodness, what a damning attitude! Such intolerance! And with absolutely no evidence to back it up! So I have to ask, How on earth could you know these things? Is it the name, Tim and the Glory Boys, that bothers you? Is it the joi de vivre evident in their videos that offends Anglican sensibilities?

I challenge you to go and check them out. Frankly, I don’t think I would like the music either, and the culture is not my culture. But my theology tells me God is bigger than my personal tastes, and God works through people and things of which I deeply disapprove. It may irritate me, but that’s God’s prerogative, and it reminds me to work on being humble and open-minded.

Unless we are a bit more truly liberal, we are simply confirming the old gibe, “The Anglican Church: Worshipping God with a Slightly Superior Attitude since 1534.”

God hears all forms of prayer

“Every man prays in his own language, and there is no language that God does not understand.” — Duke Ellington (“No splash,” anglicanjournal.com, Aug.23, 2018)