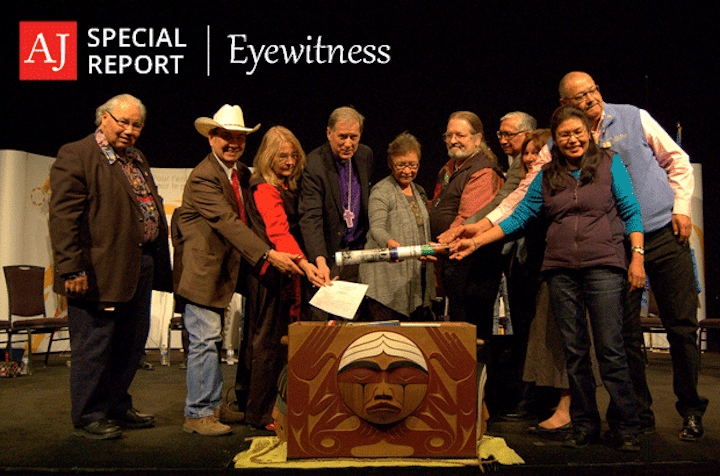 The Anglican Journal‘s extensive and award-winning coverage of the historic Truth and Reconciliation Commission (TRC) national events-from 2010 to 2015-has now been compiled into a single web page . Click here. With this dedicated web page, Anglicans, historians, researchers and other interested individuals in Canada and overseas now have access to rich and compelling archival material about this important part of Canadian and church history-at their fingertips. In creating a web page dedicated to all its reportage of TRC events, the Journal offers a valuable resource that will be of use not just now, but in perpetuity. The site includes over 150 news, features, videos and photographs that have been recognized with awards in journalism. The TRC is a key component of the Indian Residential Schools Settlement Agreement signed in 2007 by the federal government, four church denominations, the Assembly of First Nations and other aboriginal organizations. Its mandate includes educating all Canadians about the history of the Indian residential schools and inspiring reconciliation “among individuals, families, communities, religious entities, government, and the people of Canada.” From the late 19th century to the mid-20th century, about 150,000 aboriginal children were put into residential schools across Canada. Many were physically, emotionally and sexually abused. The Anglican church operated 26 of the 80 native boarding schools from the mid-19th century into the 1970s.