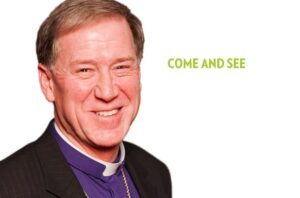 (This article first appeared in the September 2017 issue of the Anglican Journal.)

Occasionally in my travels throughout our beloved church, people will ask where we are in our consideration of amending the marriage canon to allow for same-sex marriages. In all honesty, I have to say that for the time being, all is rather quiet. I do remind them, however, that next year all the provincial synods will meet, and this matter is likely  to be on the agenda for each one. I am reasonably sure that the intensity and pace of conversation is likely to pick up then, as we head into General Synod in 2019.

My own read is that many in our church are coming to accept and declare that we will never agree on this matter. There will always be those who favour same-sex marriage and those who oppose it, each from the ground of their own wrestling with the Scriptures and the long-held teaching of the church on the nature of marriage. The challenge is, how do we live with such deep-seated differences of conviction?

At the heart of this challenge are two things—the acknowledging of our fears and the embracing of good disagreement.

Of the fear, Archbishop of Canterbury Justin Welby addressed his own church at a General Synod in 2014, saying, “There is great fear among some, here and round the world, that that will lead to the betrayal of our traditions, to the denial of the authority of Scripture, to apostasy, not to use too strong a word. And there is also a great fear that our decisions will lead us to the rejection of LGBT [Lesbian, Gay, Bisexual, Transgender] people, to irrelevance in a changing society, to behaviour that may seem akin to racism. Both those fears are alive and well in this room today.”

Of the nature of good disagreement,  the dean of St. Paul’s Cathedral in London, David Ison, wrote in 2015: “There is no expectation of achieving any consensus—in either direction—in the foreseeable future. But there is a task to be done of encouraging those within the church who are at odds on this issue to express their concerns in a safe environment, listen carefully to those with whom they disagree profoundly, find something of Christ in each other and consider together what the practical consequence of disagreement might be. From New Testament times the church of Christ has had to face disagreement. Fashioning our life as a church includes finding ways to ‘disagree Christianly’.”

I believe that in our church there is both a commitment and a capacity to do just that—to disagree in a manner that does not demean one another, but honours our calling in Christ. In good disagreement, no one is made to feel their position is of no value. No one feels belittled, walked over or pushed out. In good disagreement, there is, in truth, a continuing place for everyone in our church.