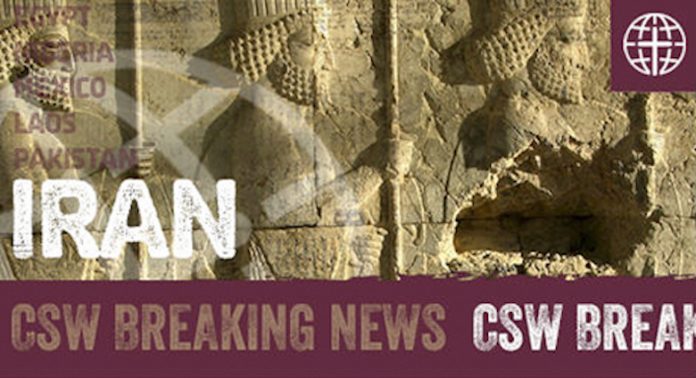 Christian Solidarity Worldwide has learned that four Christians in Iran have been sentenced to 10 years in prison each for “acting against national security.” Pastor Yousef Nadarkhani, Mohammadreza Omidi, Yasser Mossayebzadeh and Saheb Fadaie were arrested in  May, during a series of raids by security service agents on Christian homes in Rasht, the largest city on Iran’s Caspian Sea coast.

In  June, the men were summoned to the 26th Chamber of the Revolutionary Tribunal, where the presiding judge, Judge Ahmadzadeh, informed them they would receive a verdict within 20 days, and accused their church of receiving £500,000 [$828,000 Cdn.]  per year from the British government.

The pastor and Mr. Omidi were also given additional two-year sentences to be served in an area south of the country, which has an exceedingly hot and harsh environment. They have 20 days to appeal the sentence.

A ruling is still overdue for a decision on an appeal by Mr. Omidi, Mr. Mossayebzadeh and Mr. Fadaie against a sentence of 80 lashes each for drinking wine during a Communion service.

CSW’s Chief Executive Mervyn Thomas said, “We are deeply disappointed by these excessive sentences, which are based on spurious charges and are clearly part of an intensified campaign of judicial harassment aimed at intimidating members of minority faiths.”

Mervyn Thomas added, “We reiterate that the national security charges levelled in all of these cases amount to the criminalisation of the Christian community for exercising the right to freedom of religion or belief, and that this is occurring despite the fact that the Iranian constitution recognises Christianity. We urge members of the international community to extend the sanctions still in place against Iranian individuals to include members of the judiciary who are implicated in ongoing and severe harassment and persecution of religious minority communities.”