In 1974 the feminist poet Carole Etzler wrote a song with this chorus:

Once your eyes have been opened to issues of race, class and gender, you see them everywhere, from the street to the screen. Through this lockdown, many of us are spending our evenings at home watching films or series on streaming services. Many of these deal overtly or subtly with issues of race, gender and class, and can prompt us to a deeper exploration of our assumptions in a world dominated by white men. Here is a brief selection of some I’ve found especially noteworthy.

Please note: Most of the programs I discuss contain depictions of violence and sexuality; they are not for the easily offended. But all of them offer unique perspectives on the dynamics of race, gender and class. 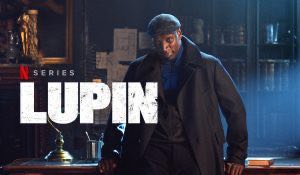 It is a revenge drama beautifully shot in Paris and its environs. Having immigrated from Senegal to France with his father, seeking a better life, Assane grows up in Paris, supported by his father’s work as a chauffeur for the wealthy family of Hubert Pellegrini. Framed for the theft of an expensive diamond necklace, Assane’s father is convicted and incarcerated, and commits suicide. Obsessed with revealing his father’s innocence, Assane pieces together enigmatic clues about his wrongful conviction, using his charisma and mastery of thievery, subterfuge and disguise to expose Pellegrini’s crimes.

What makes Lupin fascinating is how issues of race play out in the drama. As a Black person in predominately white France, Assane experiences both grudging acceptance and (sometimes) unfounded suspicion. In the show’s opening scene, he reports to the Louvre for work as a janitor, alongside a group of largely Black and brown contractors. He tells his accomplices that his employers see him “but they don’t really look” at him. “Everyone on that side of town, everyone on the top while we’re on the bottom, they don’t look,” Assane says. Not being seen is one of the experiences of racialized minorities.

Watching how he pieces together clues, gathers evidence and uses disguise and misdirection to prove his father’s innocence is fascinating. And the context of racist culture is never far from the unfolding narrative. The next five episodes are due to be released mid-2021; those of us who were captivated by the first five await them with anticipation. 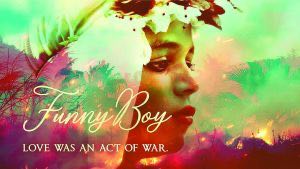 Funny Boy (CBC Gem). Adapted from the novel of the same name by Shyam Selvadurai, Funny Boy is a coming-of-age film set in pre-civil war Sri Lanka, centring around a young Tamil boy’s exploration of his sexual identity. Arjie grows up in an affluent family in Colombo during the heightened Sinhala-Tamil tensions. Initially we see Arjie as a young boy (Arush Nand) dressed up like a bride in a mock wedding ceremony. He doesn’t conform to expectations of him as a male in this world. When, as a young adult Arjie (Brandon Ingram) develops a romantic relationship with a Sinhalese boy, Shehan (Rehan Mudannayake), Arjie’s family responds in horror. Not only is he gay, but he’s friends with their adversary.

There’s a chilling moment when Arjie’s father discovers the boys hiding while making love; the young couple are seen walking away from their hiding place, with their heads down, shamed. Only a few scenes later, a Sinhalese neighbour offers to hide Arjie’s family so that they will not be persecuted by the Sinhalese police. For a second time Arjie’s identity needs to be hidden. The film ends with the family arriving at Pearson Airport in Toronto where they find refuge to begin a new life.

The interracial conflict in Sri Lanka led to a 25-year civil war with more than 100,000 casualties. Placing a gay coming-of-age story in the context of that conflict brings issues of gender identity, power and race relations to the fore. Beautifully directed by Deepa Mehta, the film has generated controversy because it features Sinhalese actors playing Tamil characters. But as an exploration of coming to terms with being gay in a country racially divided, Funny Boy  is a moving and poignant meditation on living with a complex identity. 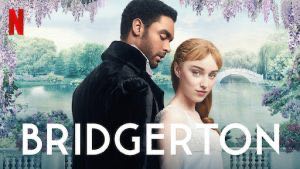 Bridgerton (Netflix). Produced by Shonda Rhimes, Bridgerton takes viewers to England in the Regency period of the early 1800s. Featuring a multi-racial cast, it’s a bawdy costume drama about the aristocracy, filled with romance, gossip and intrigue—think of it as a more sexually explicit Downton Abbey.

The racially diverse world that Bridgerton presents is based on the historic rumour that Queen Charlotte, wife of George III, was Black—in the words of historian Mario De Valdes y Cocom, writing in The Washington Post, “directly descended from Margarita de Castro y Sousa, a Black branch of the Portuguese Royal House.” So, in Bridgerton a Black Queen Charlotte (Golda Rosheuvel) and Simon, Duke of Hastings (Regé-Jean Page) are very much part of the aristocratic society, where all the expected courting games are played with loves won and lost, hidden pregnancies, flirtations and marriages—with all the gossip chronicled by Lady Whistledown, the series narrator, voiced by Julie Andrews.

At the heart of the drama is Duke Simon’s relationship with Daphne Bridgerton (Phoebe Dynevor). At first their romance is a pretence to help the duke avoid inevitable pressure to marry, but, of course, they fall in love and that’s where the complications get interesting. Daphne is able to comprehend the complexity of her situation, navigating through it with remarkable intelligence and grace.

The series presents an alternate history with a racially integrated Regency period, making your head swim as you wonder how the world might have been different with people of colour inhabiting roles of power and prestige. 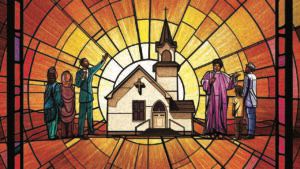 The Black Church: This is Our Story, This is Our Song (PBS). This four-part documentary is hosted by Harvard University professor Henry Louis Gates, Jr. It tells the 400-year-old story of the Black church in the U.S., focusing on its role as a foundation of African American survival. It was the Black church that encouraged and facilitated organizing and resilience, thriving and testifying, autonomy and freedom, solidarity and speaking truth to power.

Featuring clergy and scholars, amongst them Anglicans Michael Curry, presiding bishop of The Episcopal Church, and Canon Kelly Brown Douglas, dean of the Episcopal Divinity School at Union Theological Seminary in New York City, this compelling documentary takes an unblinking look at how white churches excluded Black worshippers and how the Black church both served the needs of its community in education and commerce and became the fulcrum of energy for the civil rights movement. Beginning with the praise houses for enslaved Africans through to the mega-churches of the 21st century, Gates chronicles the story of what it was and is to be Black in white supremacist America.

Institutions like the Anglican Church of Canada have frequently confounded position and power, and this has hindered their ability to acknowledge and address issues of discrimination on the basis of race, class and gender. But as the church begins to feel less inclined to defend the status quo, it recovers power in the gospel of Jesus Christ to transform individuals and societies.

Over the course of my life and ministry I have had my eyes opened again and again and I’m aware that I have much more learning—and unlearning—to do. I am buoyed with the hope that as I—and we—become more aware of the dehumanizing of people because of their race, gender, class or sexual orientation, there will emerge a more robust embracing of the question in the baptismal covenant: “Will you strive for justice and peace among all people, and respect the dignity of every human being?”

My prayer is that my song—and our song—will truly become, “We will, with God’s help.”

The Very Rev. Peter Elliott is the director of Anglican formation (interim) at Vancouver School of Theology, a leadership coach in private practice and co-host of the popular podcast “Gospel and Musical Theatre.” He served as dean of Christ Church Cathedral, Vancouver, from 1994 to 2019.