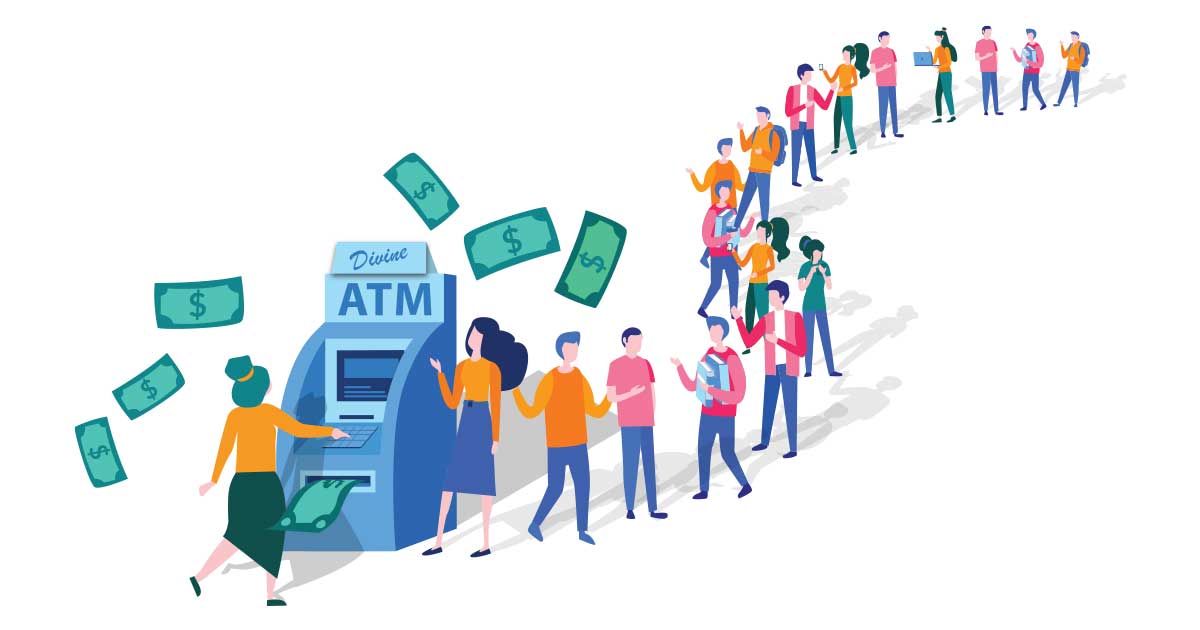 The theological perils of abundance

Not very many Anglicans have been taken in by the “prosperity gospel” in its cruder versions, and we are not likely to suppose that God actually delivers piles of cash in exchange for good behavior or fervent prayer, after the manner of a divine ATM. However, we should not let ourselves think that this means that our relationship to money is a particularly healthy one. There are many areas in which it isn’t—but one is the way that we consistently and enthusiastically speak of “abundance” as if it were a Biblical value.

We are so accustomed to this language—and so accustomed to the idea that happiness must be represented by overflowing tables of food, by visibly superfluous goods, by wealth in some form—that we can hardly think of a restored creation in any other way; and this also deeply affects how we think about the desirable conditions of our own lives now.

And yet, abundance is not, in fact, the vision of human life which the Bible gives us, nor is it a vision of human life we can afford to continue to entertain. It has never been a manner of life recommended by the church’s great teachers, never been seen as a means to spiritual health. Even more urgently, the planet now cannot sustain our desire for abundance; we are on the verge of burning ourselves alive, and seem unable to contain or control the practices of production and consumption which drive the climate crisis. If anyone is called to address that inability, to give us new ways of imagining how life can be good, in harmony with creation, it should be people of faith; but we are not doing so. Instead we, like the rest of our society, generally react with considerable discomfort to any suggestion that we may be called to restrain or modify our desires, or that abundance is not the appropriate pattern for our imaginations.

We are made, and our earth is made, for lives of decent sufficiency, but our imaginations have been so broken that we can hardly now imagine, or speak about, sufficiency as good. Yet the scriptural vision of human life is, precisely, a vision of “enough.”

When God leads the children of Israel out of Egypt, out of the empire of their day, they are also led into a period of formation, which includes a reshaping of their desires, away from the material comfort which they remember as a distinctive feature of their time of slavery, and into the pedagogy of manna—good and sufficient nourishment from God’s hand, nourishment which is available in precisely the quantities needed for all to be well-fed, but which cannot be stockpiled or accumulated. They are to become not a people of captivity and of material comfort, but a people of freedom and appropriate desire, adequacy, enough—and these things cannot be separated. Slavery and material abundance are cognate; it is our desire for more than we need which holds us captive. This is an understanding which echoes as well in Revelation, as the long and detailed list of material goods and luxuries of the fallen empire of Babylon climaxes with “and slaves, and human lives.”

The vision of “enough,” in contrast, is the vision of the prophets—basic food, milk, bread and water available to all, “without money and without price.” It is the apparently impossible vision Jesus puts before us of a life in which we do not stockpile goods, do not worry about food or clothing, but live with the simplicity of birds—a vision which recalls also the words of a member of the Aamjiwnaang First Nation, speaking about the environmental devastation brought to his community by industrial development, who noted that “[t]hese plants, these animals, they’re still carrying on the way we’re meant to carry on. The laws of creation haven’t changed…. But what can you do with your lives? The economy controls everything. You have to pay to live on the earth. Think about that. We’re the only species that has to pay to live on the earth.”

It is the vision of the earliest Christian community described in Acts, where all goods were held in common, all had enough, and none were in need; it is the vision which has shaped alternative Christian communities from Basil of Caesarea’s “New City,” to the Franciscans and the Beguines, to the Catholic Worker and L’Arche communities now. Sufficiency means a sustainable community for all, not one where adequate survival depends on being an efficient economic actor in a competitive system, not one in which extreme deprivation exists alongside a level of consumption and waste which threatens all human life on this planet.

Good food, good work, health and community are things to be desired in this world, the life God intends for us, a way of living with God’s values in anticipation of the reconciliation of all things. One of the most evocative of the resurrection appearances shows us Jesus frying a simple breakfast of fish on the lakeshore for his disciples. There is more to this image than might appear—by the time of Jesus, frying on the lake of Galilee was an industry, primarily dedicated to producing highly fermented fish sauce, a luxury good, for the imperial elite. The breakfast on the shore reclaims basic food for those who produce it, shared in a small, sustainable community, and this is given to us as a vision of resurrection, the restoration of the world in Christ.

This vision of enough is not only very different from the spiraling growth of the money economy, it is actually inimical to it. If we are satisfied with simple, basic human lives of good work and mutual care, we will fail in terms of our economy, which requires us to engage in endless economic growth, without which economic “value” cannot increase. The structures of society discourage us in every possible way from trying to live such lives; indeed, they make it impossible to do so fully—though the impending climate crisis is very likely to compel us all to live very differently soon enough, and those who have started to do so voluntarily may be more able to cope, having begun the deep adaptation which may see us through the days which are surely coming.

We should understand ourselves called at least to live towards this vision as far as we’re able, to enact it in all the practices of our lives, and in how we speak and worship and imagine. To the extent that the church continues to use the rhetoric of abundance, suggesting in our language that we can—that we are meant—to have not the modest, decent sufficiency of manna, but the abundant tables of Egypt, we betray the gospel vision and fail in the terms which count, in our task of moulding our imaginations towards the shape of God’s kingdom.

The Rev. Maggie Helwig is rector of the Church of St. Stephen-in-the-Fields in the diocese of Toronto and served on the Anglican Church of Canada’s task force on the theology of money in 2014-2015. She has published 12 books of poetry, essays and fiction. 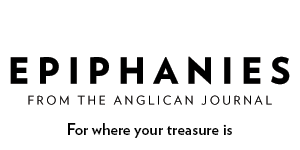