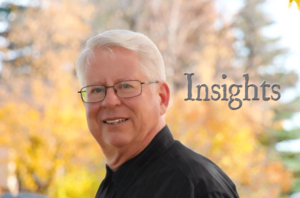 In previous columns, I have celebrated the special contributions to Canadian theology of Herbert O’Driscoll (Anglican, Victoria) and William Hordern (Lutheran, deceased, Saskatoon, Sask). In this column, I want to honour the witness of Douglas John Hall (United Church of Canada, Montreal).

Some Canadians are inclined to look to the U.K., the Continent or the U.S.A. for their theological inspiration. But they will sell themselves short if they ignore this triad of ecumenically aware and intellectually astute voices from our own soil. Even though these men did much of their best work 10-30 years ago, they remain relevant today, and perhaps even more so.

Hall was raised in Ontario and did his early studies and ministry there. He did graduate work at Union Theological Seminary, New York City, where he earned a doctorate. He was principal of St. Paul’s College at the University of Waterloo and a professor of systematic theology at St. Andrew’s College, University of Saskatchewan. Hall has been a professor of theology at McGill University, Montreal, since 1975 and holds the title of professor emeritus. Even though his theology was written while teaching in a Canadian context, many of his books were published by American houses, and he has enjoyed an impressive international lecture circuit and readership.

Hall’s major contribution to theology was his lifelong advocacy for an intellectually grounded faith. He was a Luther scholar and did much to interpret Reformation studies in a contemporary way. During the past decades when many Christians seem to have grown critical of their church creeds while emphasizing a meaning-based—not a rational—affirmation of faith, Hall has championed a timely respect for the classical/ecumenical Christian traditions.

A thoughtful, personal belief system is important, he maintains. This, he says, must be understood within a constantly changing context of time and place.

His linking of contemporary reality with a respect for classical faith was a major factor in Hall’s theological appeal to me. At this stage of my life, I continue to be drawn to his books and other writings on critical issues.

Here are some of the questions I ask; and his books and lectures reciprocate. Some of Hall’s answers are ultimately passed on to you through these columns.

Where is God at work in the here and now? How can we distinguish our message to the world as Christians so that the Good News is special and not a mere reflection of the spirit of the age? How can we discern Good News emerging from our culture through contemporary arts and social media? What are some of the contributions to be made by churches in seeming decline today? Are our theological schools connecting students to the durable Christian traditions? How can we more meaningfully engage those of other faiths as well as those of no faith?

While we struggle to define and refine our beliefs, we should not be ashamed of our convictions out of fear of offending others, since Jesus too gave offence. Often, those whose convictions differ will respect us more when they recognize in us an honesty, winsomely offered.

I am grateful for the contribution of Douglas John Hall to my life and the mission of the church. Especially to the Canadian church. I hope that I have sparked your interest and that you too might consult some of his work.