Church ‘united and in prayer’ with Muslims after Alberta mosque fire

The Anglican Church of Canada is speaking out in support of Muslims after the apparent setting on fire of a mosque in Edson, Alta. the night of Saturday, June 16.

“We stand united and in prayer with Muslim people of faith; we stand firmly against this violent and appalling act,” the national church said in a post on its Facebook page Monday, June 18 sharing a CBC story on the attack. “It is up to all of us to work at building a society of free and safe religious expression.”

According to the CBC, fire was first noticed at the mosque at roughly 11 p.m., not long after a small group of people who had been praying inside left the building. Security camera footage shows a hooded person leaving the mosque grounds carrying what looks like a red jerrycan. 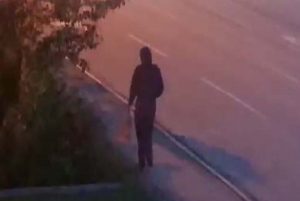 Tufik Baterdouk, vice-president of the Islamic Society of Edson and Masjid, said firefighters reached the mosque 15 minutes after the fire began and put it out. No one was injured and damage to the building was minor, police say.

The RCMP is investigating the incident as an act of arson, and is asking for help from the public in its investigation.

The attack took place one day after Eid al-Fitr, a festival marking the end of Ramadan, the Muslim month of fasting.

“This is something that we will have to explain to our children,” Baterdouk said. “That kind of weighs on your mind. Probably the hardest thing is having to try to explain to children why something like this could have happened.”

Alberta premier Rachel Notley condemned the attack as “an affront to all Albertans,” and Ahmed Hussen, Canada’s minister of immigration, refugees and citizenship, tweeted that “Canadians stand together with the community against this brazen act.”

Adil Hasan, vice-president of civic engagement for the Alberta Muslim Public Affairs Council, said the attack was reminiscent of the Quebec mosque shooting of January 2017, in that people were inside the Edson mosque praying very close to the time the fire was lit.

Six people were killed and 19 others wounded in the Quebec attack, when Quebec student Alexandre Bissonnette burst into the mosque just after evening prayers and started shooting.

“While we are thankful that there were no injuries or loss of life, the Muslim community in Alberta is shaken and appalled by this arson attack,” Hasan said in a news release. “We expect a full investigation from the RCMP to bring the perpetrator of this heinous attack to justice. Finally, we call on the federal, provincial government to do more to counter Islamophobia and racism.”

On Tuesday, June 19, Baterdouk said the Islamic Society of Edson was “overwhelmed” by the support it had received, locally and internationally.