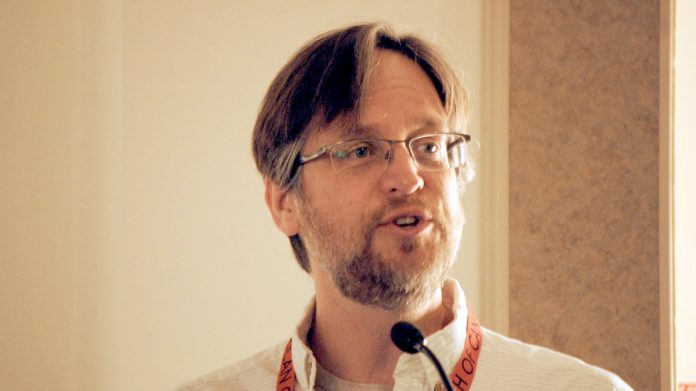 Mississauga, Ont.
The likelihood that the church’s revenue will stagnate in coming years means it might want to think carefully about its priorities, Fraser Lawton, bishop of the diocese of Athabasca and a member of the financial management committee, said in a presentation to Council of General Synod (CoGS) Saturday, November 11.

“The trends as we go forward, looking ahead over a number of years, suggest that we need to be mindful of what appears to be a probability of declining income,” Lawton said. “It might be wise for us to think about what are the critical things…Why do we exist as General Synod? What is our purpose, what is the priority in terms of funding?”

More than 90% of General Synod’s net income comes from the dioceses, Lawton said, but almost all of them are “having some conversations” about their own financial future. Given this, he said, “if everything continues as is, the day is going to come when we’re going to have to make some very hard decisions.”

In a presentation on the 2018 budget, General Synod Treasurer Hanna Goschy noted that over the past few years, diocesan contributions had “hovered” in the range of $8.4-$8.5 million, but added that it would be very important to keep an eye on the level of giving in future years.

A document on the proposed 2018 budget presented to CoGS states that earlier this year “a number of dioceses signalled inability to give at the same level as they had in previous years.” A total of $8.42 million in diocesan givingis forecast for this year, with $8.31 million budgeted for next year. For 2022, $8.19 million is projected.

Despite this decline in diocesan contributions, slight surpluses are projected for this year through 2022, the document states.

For 2017, a surplus of $26,800 is forecast—and this is after a number of transfers to internally restricted funds, such as a transfer of $460,000 to the Anglican Fund for Healing and Reconciliation, are taken into account; the projected surplus before these transfers, Goschy said, is $408,000.

The main reason for this surplus, she said, was expense savings; a number of General Synod positions were unfilled for the time covered by the budget, resulting in savings from salaries and benefits.

One of the significant items in the 2018 budget is the hiring of two new full-time suicide prevention workers in the Indigenous Ministries department, Lawton said. These positions, he said, were highly needed.

“This is something that has come up in other places within the church, particularly Council of the North, where we have many communities where this is part of everyday life,” he said.

Another major expense for Indigenous ministries in 2018, the document states, will be Sacred Circle, which is expected to take place in the summer. A total of $450,000 is projected to be transferred in 2018 for Sacred Circle from the Anglican Church of Canada’s reserve for that purpose.

In a question-and-answer session after the presentations by Lawton and Goschy, John Chapman, bishop of Ottawa, said that like many dioceses, his own was facing shrinking contributions from parishes but increasing demands for ministry. He asked what plans the national church had to raise money in new ways—echoing a similar question he had brought before CoGS two years earlier.

“I’m just wondering…about what process we want to put in place so we can begin to attend to this problem,” he said. “I don’t think it’s an immediate crisis, for sure, but to secure future generations, the thinking needs to begin now, and I’m just wondering what progress has been made.”

The question was taken up by Archdeacon Michael Thompson, general secretary of the Anglican Church of Canada. Thompson noted, first, that an upcoming meeting at the current session of CoGS would “begin a conversation” about the principles and values the church brings to its decision-making in light of the financial challenges it’s facing. It’s important that CoGS have such a discussion, he said, “before we reach the kind of crisis that might come, and all of a sudden we’re making panicky decisions that aren’t well-developed.”

(At this meeting, which took place the following day, Thompson asked CoGS members in table groups to discuss, in addition to the principles and values they thought should be considered, a second question of who they thought the management team, financial management committee and CoGS itself should consult as they “consider the financial future.” The table groups wrote down their responses, which were then collected.)

Second, Thompson said, a new director of the church’s department of resources for mission is scheduled to start work November 27, and will be tasked with, among other things, “thinking through the development of resource streams” and collaborating with dioceses and other national ministries in revenue generation.

In the past, he added, the national church had a lot of staff dedicated to forms of fundraising that did not yield especially good results—but this has changed.

“What we’ve got now is a lean operation with the capacity to add to that operation as fundraising development opportunities present themselves, rather than a heavy staff that we’re already committed to, so I think we’re in a good position to become more innovative and more collaborative,” he said.

The proposed 2018 budget was approved by CoGS Sunday, November 12.