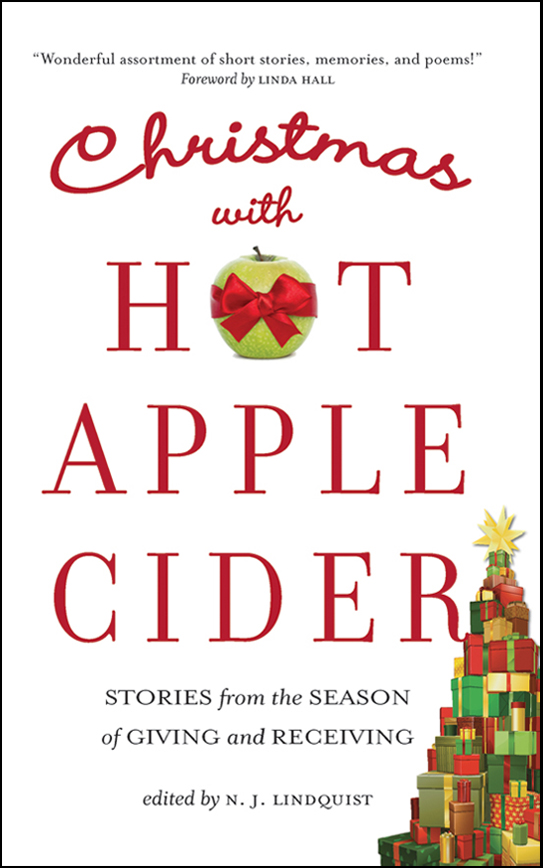 “The promise and its fulfillment”: that phrase is apt shorthand for what Christmas means to the person of faith. And those words are nicely exemplified in the book in which we found them—Christmas with Hot Apple Cider (That’s Life! Communications, 2017). Edited by N.J. Lindquist, the anthology comprises 67 contributions by 55 Canadian writers.

Most of the book’s selections are mini-memoirs, short accounts of real-life events. Those non-fiction accounts are interspersed with several fictional short stories and poems and one short play. Memoir or fiction, prose or verse, they are all variations on the theme of Christmas. It’s the fifth volume in the Hot Apple Cider series of anthologies that aim to uplift their readers with stories of “hope, faith, courage, and love.” Like the Chicken Soup books, they’re good for the soul, rather like a spiritually-charged version of Reader’s Digest magazine’s first-person accounts.

Their optimistic, uplifting tone is also reminiscent of Ideals, a magazine we haven’t seen in ages (but that still exists), right down to their monotone seasonal illustrations. They are also kin to the Ottawa Valley childhood stories of former CBC Radio raconteur Mary Cook.

The selections, from writers of varying degrees of experience, range from very serviceable to very good, and the common thread, besides the Christmas theme, is a prevalent tone of warm nostalgia. There’s a plain, simple, homespun quality to these accounts that’s quite endearing. And we’re keen to read more by some of these authors. Several recount episodes from their childhood as immigrants to Canada. A postwar Dutch family who encounter the kindness of strangers deserves a book-length treatment. Another story authentically conjures the point of view of a child who has her first Christmas with her newly adoptive parents in 1948. The narrative voice in an account of a kitchen mishap is likewise very engaging.

Helping others is a recurring theme, with stories that involve church outreach, an orphanage in West Africa and a nursing home. Those afflicted with addiction, imprisonment or the loss of a loved one discover hope. An umbrella becomes an impromptu Christmas tree; and a small-town mystery set in coastal Nova Scotia makes us want to read the novel-length adventures of the same plucky protagonist. Out of the mouths of babes, a young child heals an elder’s sorrow. And a young woman far from home finds comfort in the spontaneous gift of a cheery apple.

There’s down-to-earth wisdom here: “We can’t do everything, but…we can do something. We can be the people others know they can count on.” A poem about the shepherds on the first Christmas has a nice turn of phrase, comparing the ennobling of man through the miracle of God becoming one of us to “a commoner called to court.” There’s a well-written Christmas “ghost” story; an account of a full-sized Yule tree replaced by an indoor forest of eight small ones; a touching reflection on the absence of self-worth (“nothing on the outside, nothing on the inside”) and its remedy; an evocative poem about the sounds, smells and tastes of Christmas; and an amusing account of the harder-than-it-looks task of assembling a bicycle on Christmas Eve. And there’s the peace that comes from rejoicing in the promise and its fulfillment.