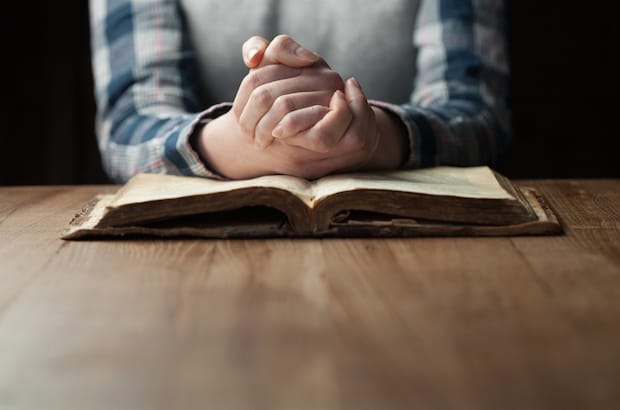 Being a cleric, no doubt, has always posed unique stresses, but the challenges now being placed on the church by the turbulence and uncertainty of modern life, some spiritual and mental health leaders say, are adding considerably to the strain.

“The church is under a lot of stress at the moment-there’s a lot of challenges,” says Linda Nicholls, area bishop of Trent-Durham and spearhead of a “healing ministry” pilot project that ran for about five years in the diocese of Toronto. These challenges, she says, often fall on the shoulders of priests.

Given the greatly diminished role the churches play in most people’s lives, priests today, Nicholls says, need to be proactive in attracting people-but few have been taught how to do this. Confronted with declining church attendance, it’s easy for clerics schooled in traditional forms of ministry to feel at a loss, she says.

“For clergy, particularly those who were trained in the pastoral care model, the stress is, ‘What am I supposed to be doing, and how am I supposed to do it?’ and ‘I haven’t been trained for this,’ ” she says. “And parishes can be very difficult, because congregations that are under stress look for somebody to blame, and it’s very easy to blame the clergy. But clergy don’t have control over all of the factors that go into the health and vitality of a congregation. And so the stress level of it has been extremely high.”

Empty pews, of course, threaten the very livelihoods of priests.

“I do think we’re in interesting times,” agrees the Rev. Susan Titterington, a psychotherapist and rector of St. Chad’s Anglican Church in Winnipeg. “If you’re a cleric during this transition time, you have different expectations than perhaps you were trained for.” And the possibility of not always being able to find full-time work with the church, given declining attendance, “raises a lot of personal stress,” especially for clerics who don’t have the qualifications for any other sort of work, she says.

Beyond shrinking congregations, says Titterington, modern life has also meant a shift in attitudes toward the church. Whereas decades ago people were more likely to look at priests with respect and at their work with admiration, many now look at the church and its agents not only as irrelevant but even sinister, she says, given, for example, the role of the Anglican and other churches in Canada in the Indian residential school system.

“I’ve met some people who have asked, ‘How can you serve the church, after what the church did?’ ” she says.

Meanwhile, the old stresses attached to priesthood remain. One of these, says Nicholls, is the expectation that clerics bring comfort and hope and a calm presence in tragic situations-often involving people they’ve come to know and love. “Especially if you’ve been the cleric in a parish for a long time, you care about the people you’re working with,” she says. “And so your own emotions are also part of that, and you have to know how to work with that, find a space that allows you to be in the presence of Christ in that moment, and deal with your own pain and your own grief and your own struggle in your own time.”

“They might be burying a 16-year-old today and rejoicing at the birth of a baby in a family the next day,” agrees Sr. Dorothy Heiderscheit, chief executive officer of The Southdown Institute, a psychological treatment facility for clergy outside Toronto. “It’s an emotionally laden job.”

As reported this November in the Anglican Journal, Arctic suffragan Bishop Darren McCartney, after serving as pastor in the northern community of Pangnirtung from 2003 to 2006, returned to his native Ireland for a few years to deal with the psychological strain of ministering to a community laden with despair and death.

“I needed to get out to clear my head,” he said. “I had 17 suicides in three years in a community of about 1,500 people…In that environment, in that culture and in that role, you are very close to people, and so there was a lot of pain and, I suppose, secondary trauma for me.”

Adding to the strain, Heiderscheit says, is the fact that there’s never really a time when clerics are off-duty.

“They’re on deck 24/7. It’s constant,” she says. And it’s a kind of work, she says, that can pull in many directions at once, requiring priests to be not just pastors but administrators and overseers-CEOs of a sort.

Coping with the stresses of their work can be extra-difficult for priests, Titterington says, because the need to ensure parishioners can speak to them in confidentiality can have an isolating effect. “We can’t talk to just anybody about what’s going on,” she says. “You may not even be able to share it with a partner or spouse, what you’re dealing with.”

Some research currently being done on clergy wellness suggests that the biggest stressor facing priests is one that will sound all-too-familiar to many of us: time pressure.

Since July 2014, Wanda Malcolm, a clinical psychologist and professor of pastoral psychology at the University of Toronto’s Wycliffe College, has been heading a research project looking at the causes of stress and satisfaction among clergy. At the heart of the project is a set of questionnaires to be completed by clerics who have volunteered to take part in the study. This includes what Malcolm calls the “negative aspects inventory”-a list of 69 stressors she gleaned from extensive interviews with clergy before the study started. Participants, most of whom so far have been Anglican clerics from across Canada, are asked to rate both how intensely and how frequently they experience each stressor.

The list of stressors provides in itself a revealing glimpse into the soul of the Canadian pastor. Among them: “Feeling responsible to be the face of Christ to those I serve.” “Not feeling motivated to pray.” “Being emotionally and/or sexually attracted to someone I minister to.” “Being expected to have an answer for tough questions.” “Having to interact with those I minister to at ministry-related social events.”

According to results compiled so far in the 10-year study, the most important category of stressor is time-related issues. The second is issues around prayer-a finding that surprised the research team, Malcolm says.

Though it’s too early to conclude why they rated prayer so negatively, Malcolm says, one possibility is that many clerics are feeling frustrated because they hold prayer in very high value but are finding their prayer lives hampered by the demands of their work. “A lot of the other demands of their ministry life would interfere with having a deep and substantive prayer life,” she says. “So that would induce stress-I really care about prayer, but I can’t find the time to do it.”

Though statistics on the mental health of clerics are hard to come by, the experience of long-term disability claims at the Anglican Church of Canada’s pension office seems to provide some support to the notion that stresses have been building over recent decades.

“Up until the end of 2004 our long-term disability claims were really, I would say, out of control,” says pension office executive director Judy Robinson. The trend was reversed, she says, only after the office introduced a new plan design, one in which much more effort was made to communicate with people on short-term disability to help them manage their problems before they become long-term.

“The earlier people seek help, especially for stress-related disabilities, the more likely that their claim will not go very long,” she says.

“Our experience has really levelled out. I wouldn’t say it’s excellent, because I think the nature of the work people do here is pretty stressful, [but] the experience of the plan now is predictable.”

A range of resources related to clergy wellness-including information about diocese-based wellness initiatives, the “Fresh Start” program for easing times of transition and books-have been developed by the national church on its website. The web page is introduced by a note on a growing awareness of the stresses facing clergy-and a lack of understanding on how they ought to be dealt with. “Everyone, it seems, is aware of cases of ‘good clergy burning out,’…[but] it is clear that there is need for further analysis, sociological, professional and theological, of what is happening.”