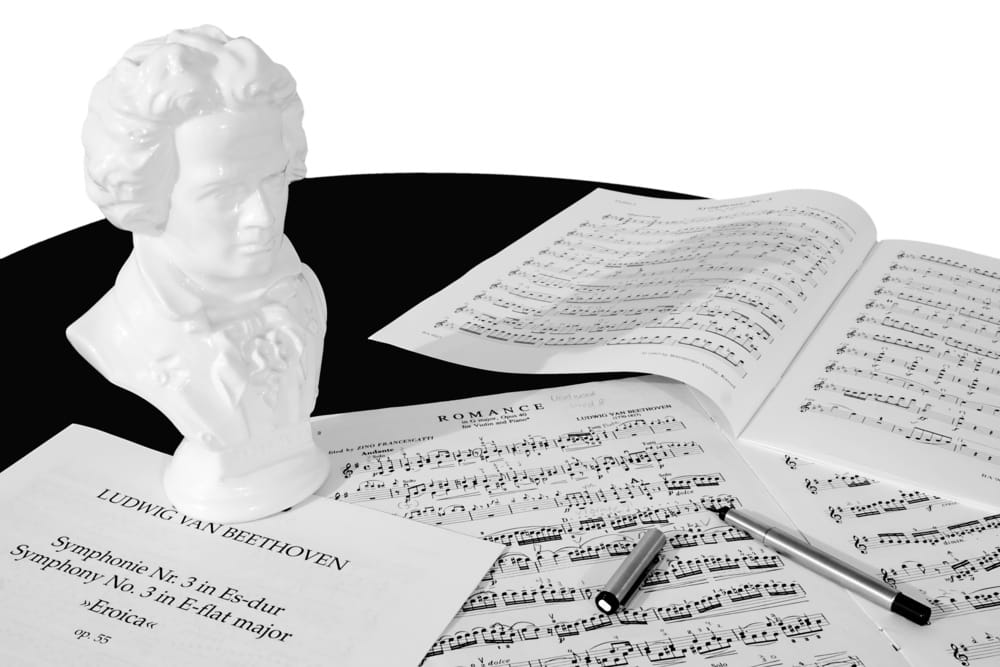 The Church of Beethoven is a nondenominationalSunday morning meeting where music is the message. Photo: David C. Rehner

Washington — "Music," Ludwig van Beethoven said, "is the mediator between the spiritual and the sensual life."

Transcending dogma, creed, culture and even language, music has the power to elevate the soul as well as the mind. It’s the source of a type of faith as often discovered outside traditional organized religion as within it.

While spirituality and religion are not mutually exclusive, in the parlance of our time, music is "spiritual but not religious."

It’s a paradox understood and embodied by the late classical cellist Felix Wurman, creator of  the enigmatic Church of Beethoven, founded in an abandoned gas station on old Route 66 in Albuquerque, N.M.

Wurman first convened the Church of Beethoven, a nondenominational Sunday morning meeting where music is the message, in 2008. It now has two more "congregations" in Durham, N.C., and more recently in Oak Park, Ill., a suburb of Chicago.

Oak Park, my hometown for more than a decade until I relocated to Southern California, is a progressive, quirky and artistic community where the writer Ernest Hemingway and the iconoclastic architect Frank Lloyd Wright once resided–and where Wurman was raised.

Home to Wright’s famed Unity Temple and dozens of other churches and houses of worship, the Church of Beethoven held its first Sunday morning meeting in an Italian trattoria nestled among some of the village’s many art galleries, where music worshippers listened to a Bach cello suite and poetry before sticking around for brunch.

"It’s a spiritual thing that doesn’t necessarily have a specific religious thing, but it definitely touches the same chords in people," said Jean Lotus, one of the conveners of the Oak Park Church of Beethoven.

"I felt like this is the kind of thing you can do that can bring people together. It can make people have a sort of spiritual, uplifting experience. And the poetry actually does put ideas into words."

Calling the gathering a "church" is not intended to be disrespectful to traditional faith communities, some of whom bristled when themusic-as-worship services began in New Mexico and North Carolina.

"We’re not declaring war on religion or anything like that," said Lotus, who is Catholic and regularly attends Mass with her family of seven. "Not all people go to church. I do. On Church of Beethoven days we go to an early Mass and then go to the Church of Beethoven."

Wurman’s sister, Candida Wurman Yoshikai, convener of the Durham Church of Beethoven, said her brother was not traditionally religious. The idea behind the church was to have a house of worship where "music was a principal element and not just an afterthought," she said.

"Felix was always trying to understand," Wurman Yoshikai said. "But he wasn’t interested in organized religion and it’s fair to say that he was put off by it. But at the same time he wanted to bring music and its spiritual connection to people–the depth of something that can move us at a really deeply profound level."

Just as silence forms the central element of worship in a Quaker meeting, in the Church of Beethoven the music is the worship, the homily and the anchor of the community of believers, if you will.

Wurman’s concept for the Church of Beethoven, where the music itself is the preacher, reminds me of a favorite spiritual quote, often attributed to St. Francis of Assisi: "Preach the gospel; when necessary, use words."

The son of pianist and composer Hans Wurman, an Austrian Jew who escaped the Holocaust and immigrated to Chicago, Felix Wurman received his first cello when he was seven years old and began performing publicly at age 12.

"When Felix was dying, he told me, ‘I was definitely handed something,’" Wurman Yoshikai said. "He was very brilliant. We’re all in music but he was really gifted."

With his chamber group, Domus, Wurman sought to bring classical music to folks who weren’t familiar with it or didn’t have the means or the will to purchase tickets for the symphony or opera.

It was in the spirit of those early Domus performances that Wurman founded the Church of Beethoven. Musically speaking, the church is nondenominational. It may be named for Beethoven but the music offered isn’t limited to the German composer.

Beethoven, who was raised Catholic and composed many religious works during his lifetime, including the great "Mass in C Major" and "Missa Solemnis," seemed to find his greatest spiritual connection in the music itself.

As her brother’s legacy, Wurman Yoshikai hopes the Church of Beethoven will spread, creating more musical congregations across the nation and the world where those of no faith (or any faith) can find sacred community and spiritual connection.

"Go on; don’t only practice your art, but force your way into its secrets," Beethoven said. "Art deserves that, for it and knowledge can raise men to the Divine."