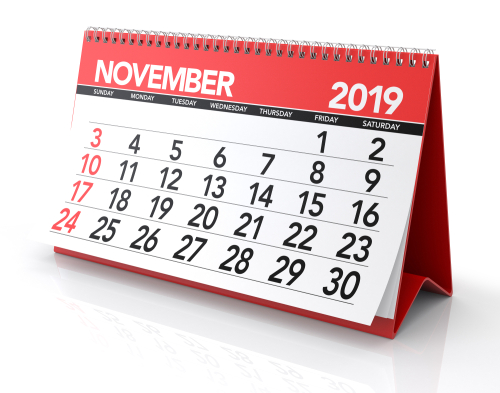 A Vancouver-area parish is planning a property redevelopment project that will see its existing parish hall replaced by a 30-story skyscraper for affordable housing, market rental and ownership housing and the new parish hall and offices.

Richard Geoffrey Leggett, archdeacon of Westminster and vicar of Holy Trinity Cathedral in New Westminster, B.C., says the parish has been working with Conwest Group of Companies, a local development corporation, on a plan to replace the cathedral’s 120-year-old parish hall with the multi-use residential tower. The project, Leggett says, will also involve the construction of a community plaza, 4.5 levels of parking for parishioners, visitors and residents of the building and a new pedestrian path running across the church’s property, connecting a nearby Skytrain station to the street.

Income made by the project will go toward renovating the cathedral, building the new parish hall and buying a share of the market-rate rental apartments in the building, Leggett says.

A key principle of the project will be that it focuses “on ‘growing communities of faith’ rather than institutional survival and preservation of the status quo,” he says. While much work needs to be done on Holy Trinity Cathedral, “the renewal of the physical fabric of this architectural icon will point beyond itself to God’s work in the world in and through the parish in the past, in the present and into the future.”

The parish—which served as the diocese’s cathedral until 1929 and retains the name “cathedral”—had already been involved in planning to redevelop its property for a decade when he arrived there in July 2018, Leggett says.

Peter Wall, who served as rector of Christ’s Church Cathedral in Hamilton, Ont., and dean of Niagara since 1998, and held numerous positions with the Anglican Church of Canada, retired Sept. 30.

Wall’s service to the church over his 30-year ministry has included membership of General Synod (including serving as co-chair of the General Synod Planning Committee); the Council of General Synod; the Faith, Worship and Ministry Committee; the Liturgy Task Force; the Joint Anglican-Lutheran Commission (where he has been co-chair); and the board of directors of the Anglican Foundation of Canada.

A reception for Wall was held at the cathedral Sept. 22 and was attended by church leaders, including Archbishop Fred Hiltz, former primate of the Anglican Church of Canada; Susan Bell, bishop of the diocese of Niagara; Michael Pryse, bishop of the Eastern Synod of the Evangelical Lutheran Church in Canada; and William Cliff, bishop of the diocese of Brandon and—along with Wall and the Rev. David Pickett, rector of the Anglican Parish of Christ Church, Calgary—a fellow member of The Three Cantors, a Canadian Anglican vocal trio.

“Our people realized it was impossible to continue to operate as four congregations with five councils, four buildings, four worship teams, five treasurers and so on,” says the parish’s rector, the Rev. Michelle Cockell. “The realities of aging congregations left a smaller group to do the work of the church. People were tired just trying to keep up with the physical stuff, with not much left for being, and making, disciples.”

The four congregations will now meet as Grace Anglican Church, in Chester Basin. The three remaining churches have been deconsecrated, Cockell says, and two have accepted offers of sale.

“Our people are dreaming dreams again, imagining what God is calling us to do and to be now that we’re together,” she says. Among other ideas for mission, she says, the new congregation is considering reaching out to isolated seniors and the working poor.

“Despite declining congregations, I do not believe that God is done with the rural church,” Cockell says. “Statistics from the UK report per capita church attendance in rural areas is twice that of urban churches…. Our villages can thrive when there is hope, and hope is what God’s people have to share.”

Parishes in the diocese of Edmonton are raising funds to support an initiative in their companion diocese of Buyé in Burundi.

Through the $5-5 Ways Challenge, parishes are raising money in support of an initiative by the Buyé Mothers’ Union, which helps seniors and low-income families purchase a $5 medical card that grants them 80% medical coverage for a full year.

Several messages of thanks were shared with the diocese, including one from Uwimana Charlotte, 59, from Mwumba Parish, who was able to pay for her husband’s 41-day hospital stay because of the 80% cost reduction, and 52-year-old Barengayabo Daphrose from Gashikanwa parish, a widow who often has to sell food in order to afford medical care when her children get sick. “As I get this card, I am hopeful that my family will not have any struggle in paying the medical bill. I do not have anything to pay back this noble assistance, but I will serve my Lord up to the end of my life because it is showing me how far God loves us,” Daphrose said.

Diocese of Ottawa leader presented with key to the city

Canon Sue Garvey, who recently retired from her role as executive director of Cornerstone Housing for Women—a community ministry of the diocese of Ottawa—was presented with the key to the city of Ottawa Sept. 12.

Councillor Catherine McKenney said the key to the city was particularly appropriate, because Garvey herself had handed keys to home for hundreds of women through her 22 years as executive director of Cornerstone.

The ministry also threw its inaugural Purple Tie Gala fundraiser at the Ottawa Art Gallery on Sept. 14, raising close to $50,000.

Cornerstone’s newest residence was opened in November 2018, with 42 units of supportive housing for women. Through a $10,000 grant with the Anglican Foundation of Canada and a partnership with Minwaashin Lodge, the ministry is supplying residents with culturally sensitive counselling and support from Indigenous elders, traditional crafting and teaching circles, and more. Though 10% of the units are earmarked for Indigenous women, currently 35% of the residents identify as Indigenous.