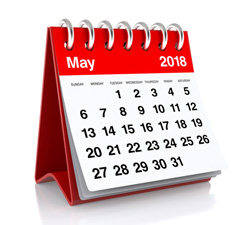 Dixon, 82, served as the pastor at St. Matthew’s in Regina for 17 years and is on the board of the Saskatchewan African Heritage Museum.

Dixon told stories of growing up in Saint John, N.B., the seventh of 11 children in a family that can trace its ancestry to black slaves from Louisiana who settled in the Maritimes after the Civil War in the United States.

Dixon served in the Royal Canadian Air Force before making history as one of the first black men in Canada to be ordained an Anglican priest.

This milestone was not without challenges. “Coloured people were not welcome in the church. In order to become a priest, you needed to be sponsored by the bishop,” he recounted. The bishop of Fredericton at the time, Henry O’Neil, refused to sponsor his ordination.

Determined to answer the call, Dixon went to Ottawa, where Bishop Ernest Reed agreed to be his sponsor. Dixon studied theology at King’s College and was ordained in 1966.
In his speech to the QVCA, Dixon applauded initiatives like Black History Month for helping change attitudes toward race in Canada. “Back in the ’50s, being black was a novelty,” he said, adding that he is not bitter about the racism he faced.

“I am one of the first blacks to be ordained. It is uplifting.

In three years, a church in the diocese of New Brunswick went from a parish on the brink of extinction to one of relative prosperity, growth and revitalization, sustainability committee chair Trevor Holder told diocesan council.

In 2015, St. Luke’s Church, in the parish of Portland in Saint John’s Old North End, was close to being shut down. The building was inaccessible and needed a new roof, spending was out of control, heating bills were unsustainable, and they had no priest. Holder called the parish at that time “spiritually adrift.”

Bishop David Edwards encouraged them to come up with a mission-focused plan. Committees for sustainability, worship, outreach and marketing were formed.

Over the next two years, fundraisers, a grant from NB Power and a loan from the diocese helped the church decrease its deficit and fund outreach programs. Canon David Barrett signed on as a part-time priest.

In May, the church’s large, empty rectory became the home for a refugee family of 10 from the Democratic Republic of the Congo. By fall 2017, several families from India that had arrived in Saint John began attending the church.

With an increase in giving and a successful fundraiser, the church’s 10-year loan from the diocese was paid off in two.

The parish, which a few years ago had 50-60 worshippers, now holds 90 on Sunday mornings. It hopes to have as many as 160 worshippers by 2020. It also wants have a full-time priest in five years.“With a lot of prayer, a lot of hard work and God’s blessing, things have turned around,” said Holder.

Parishes in the diocese of Nova Scotia and Prince Edward Island have implemented small ideas packed with big intentions for outreach.

The congregation at All Saints Anglican Church in Bedford, N.S., has placed a prayer box at the end of the church’s driveway, where passersby can submit a prayer request. The box is checked regularly and general themes are shared on Sundays. Associate priest the Rev. Shirley Carras says that many people pass by the box daily. “We don’t measure the success or failure based on the number of requests,” she says. “For all we know, if someone looks at the box, it might encourage them in ways we are not aware.”

The Parish of Sydney Mines/Baddeck, N.S., is sharing the Good News with a little ink stamper that carries the phrase “God Loves You! He always has, and always will.”

The stamp will be applied to any printed material from the church, as well as bags used for the church’s turkey burger lunch fundraisers, which typically serve about 750 people.

“We live in a hurting world, and for some people, they are alone,” says the church’s rector, the Rev. Stacey LeMoine. “We hope that this little phrase brings them some comfort.”

The Rev. Elliott Siteman, of St. Peter’s Birch Cove in Halifax, N.S., connects with the community by offering prayer. He visits a local café, purchases a coffee and a snack, then sets out a sign on his table reading “Free Prayer: Talk to a priest. Non-judgmental.”

“Often people don’t want prayer per se, but do want to talk,” says Siteman. “It is a great way of getting out amongst people. Jesus did this best. He met people where they were and no one was more important to him than the person he was with.”

School for Parish Development launches in diocese of Ottawa

Twenty-seven people, lay and ordained, from 14 different parishes in the diocese of Ottawa, gathered February 2-3 for the first weekend of the diocese’s new School for Parish Development (SPD). The school officially launched with a full complement of participants registered for its first year, and a waiting list forming for its second.

Participants reflected the range of ministry contexts across the diocese. Rural, suburban and urban, large and small, single and multi-point, area parishes and area collaborations were all represented.

Since the first weekend of the school, the SPD sub-committee has heard many stories of participants already putting their learning into action in their parishes. These updates include parish council meetings transformed from humdrum business meetings into exciting learning sessions, plans in the works for visioning days, running small group sessions and collecting data.

The two-year program of the SPD is run over eight weekends, during which participants learn through plenary and small group sessions, working through a series of models, case studies and facilitated conversations.

Jessica Carrington, a member of Grace Church in Markham, Ont., diocese of Toronto, was praying early one morning last summer when she felt the urge to respond to the devastating hurricanes that were sweeping across the Carribbean. “A little voice said to me, ‘We can help,’ ” she recalls.

Carrington was particularly moved by the plight of Dominica, a small island nation of about 70,000 people, located in the Windward Islands. The category 5 hurricane caused 40 deaths and left much of the country in ruins when it hit Sept. 19, 2017.
As a native of Barbados, Carrington felt kinship with the people of the island. “I thought, ‘This has happened to my neighbours, and if it happened to them, it could happen to us,’ ” she says.

Carrington enlisted the help of Canon Nicola Skinner, incumbent of Grace Church, and together they encouraged parishioners to donate items. They ended up collecting more than 180 boxes of clothing, shoes, food and medical supplies for the people of Dominica.

In addition, Grace Church raised $3,800 for Dominica’s Hurricane Maria Fund through a karaoke fundraiser and a donation from the church’s Anglican Church Women.

Frances Delsol, Dominica’s trade and investment commissioner in Toronto, helped to ship the boxes to the island. “I’ve heard from people who have told me, ‘Thank you so much for remembering that we are here and are not forgotten,’ ” she says.

Carrington says she was overwhelmed with joy by the experience. “It was about what we could do to help others. That’s what we’re here for—to help others. And it felt really good.”