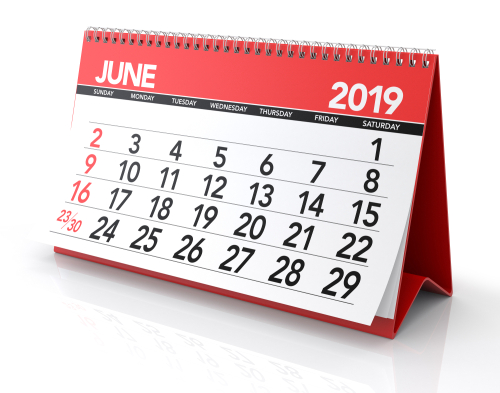 A diocese of Toronto ministry has partnered with a local church to grow and distribute food to those in need.

In 2017, the Rev. Beverly Williams and her staff at Flemingdon Park Ministry had a conversation about the need for fresh, healthy produce for residents in Toronto’s Don Mills neighbourhood, which is home to many newcomers to Canada who struggle to make ends meet.

Williams had the idea of growing food, and by looking at Google Maps, she discovered that the Church of Our Saviour, Don Mills, had a large swath of grass next to its church building.
With the blessing of the church and priest-in-charge, the Rev. Vernon Duporte, the ministry team installed six raised garden beds on the property. With donations and a $5,000 grant from a local natural food market, they were able to buy supplies to grow a variety of vegetables, herbs and fruit.

They also launched The Common Table, a market where families could register and receive ‘shopping points’ based on the number of people in their family. In the first month of operation, 227 families registered, totaling about 1,200 people.

In order to meet the community’s needs, plans are in the works to turn the entire green space at Our Saviour (approximately three-quarters of an acre) into an urban farm.
The six raised garden beds have been replaced with 16 larger beds dug right into the soil. This year, residents will also be able to work at the farm to earn more points for food on market day.

A special service was held March 24 at St. John’s Parish, Kawawachikamach, diocese of Quebec, to dedicate the translated book of Psalms in the language of the Naskapi First Nation.

The Naskapi Bible translation project began in the 1990s, with the Naskapi Development Corporation (NDC) partnering with St. John’s Parish and Wycliffe Bible Translators to build a translation team.

The new publication presents all 150 Psalms to Naskapi readers, for the first time, in a single volume.

Early drafts were prepared and reviewed by Guanish, and work continued for more than 15 years by Silas Nabinicaboo, who was joined by Naskapi Language Specialists Amanda Swappie, Ruby Nabinicaboo and Tshiueten Vachon.

“This is another important milestone for the work the Naskapi translation team does in making the Bible available and accessible in our own language,” says Nabinicaboo.

“Our prayer is that these Scriptures would bless the Naskapi people for generations as they have blessed millions of God’s people around the world for thousands of years.”
Translation of the Old Testament into Naskapi is ongoing.

Holy Trinity Riverbend Anglican Church, in the diocese of Edmonton, is partnering with Right at Home Housing Society to provide affordable housing in the city’s Terwillegar neighbourhood.

Holy Trinity Riverbend began trying to develop affordable housing on its large property in 2013. In January 2019, a resolution was passed by diocese of Edmonton Executive Council “to grant permission to move forward with the redevelopment” of the site with Right at Home, “to develop a housing community that is designed to assist with the ‘End Homelessness’ goals supported by the diocese.”

Construction on the project is projected to begin in 2020.

The current concept includes 154 units, with a majority of two- and three-plus bedroom units. The housing offered will cater to families, with some units provided for senior citizens.

In addition to housing, the site will have worship and community space, as well as amenities like a daycare, café and community gardens.

The project will be operated using a mixed-income model, with about 25% of the units provided at below-market rental rates for families and individuals with lower incomes. The other 75% of units will be offered at market rate, to allow the project to be self-sustaining without the need for ongoing government subsidies.

As members of the Craft Brewers Association of Nova Scotia gathered in February to create their third annual collaboration beer at Saltbox Brewery in Mahone Bay, N.S., Mahone Bay Parish Rector Fr. Chad McCharles was on hand to bless the brewers and their new brew.
The brewery and the parish formed a friendship in 2017, when the parish began hosting an Oktoberfest event as a community connection opportunity, and Saltbox Brewery supplied the beer.

Since then, the brewery has been involved with The Three Churches Foundation, of which St. James’ Mahone Bay is a founding member, an organization which helps maintain the town’s iconic streetscape by funding upkeep of the church’s historic exteriors. A percentage of every can of Saltbox’s “Three Churches” beer sold goes toward the foundation.

McCharles was honored to be asked by the brewers to bless their beer.

“To have the opportunity to engage with the community at any level is an honour and a privilege…. Being invited to bless the brewers and their beer was a chance to connect the narrative of Jesus Christ, that of the blessing and love of God for all aspects of our life and creation, with the dominant secular narrative. I see that as mission,” he says.

Anglicans and friends in the diocese of New Brunswick raised $39,476 for organizations that combat child hunger during the third annual diocesan bowling tournament April 6 and 7.

Proceeds from the event will go to school breakfast and lunch programs and food banks in the province. In Fredericton, the money raised will help fund the Student Hunger Program at Fredericton Community Kitchens, which provides close to 2,000 lunches a week to area students.

The tournament began two years ago in Fredericton with a few local parishes and has grown to include bowlers from parishes and archdeaconries across the diocese.
In Saint John, member of All Saint’s in East Saint John and manager of Fairview Lanes bowling alley Bob Cormier set up a silent auction, adding hundreds of dollars to the proceeds.

Money raised in Saint John went to fund the Inner City Youth Ministry’s Lunch Connection, which provides about 47,000 meals per year for children in Saint John.
Bishop of the diocese of Fredericton David Edwards bowled at Saint John, admitting after scoring 59 points in his first string, “I’m really bad at this!”
“However, it’s important to support this because we need to strike out child hunger. More importantly, we need to strike out child poverty.”

More than 300 bowlers and many more cheerleaders from across the diocese took to their local lanes for the event.