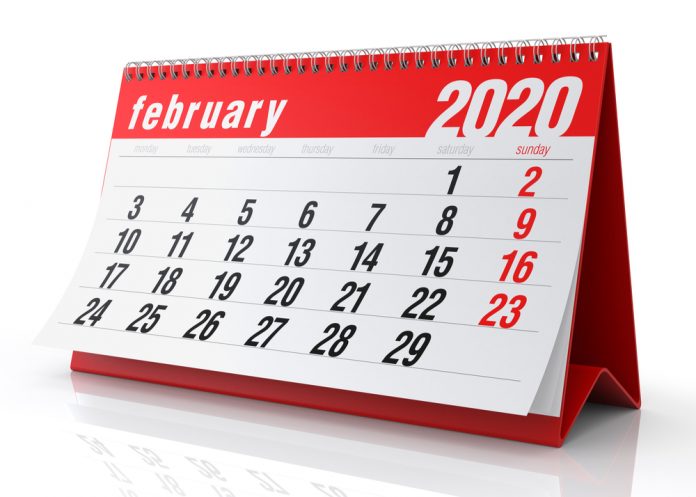 The signing of an agreement between James Settee College and the Vancouver School of Theology (VST) was a major topic at the latest meeting of the Indigenous Council for the Anglican diocese of Saskatchewan.

Council members received a memorandum of understanding, signed by the college and VST, which commits both parties to organizing a working relationship for the benefit of Anglican Indigenous ministry.

The document outlines agreements on how many students may participate in the James Settee College program of studies and the VST MDiv by extension. It would establish a process and task team to identify and secure financing, including funds for James Settee College, tuition funding, fiscal agreements and minor and major capital.

The diocesan Indigenous Council agreed that a Cree discernment weekend should be held in 2020 to decide whether proposed candidates are ready for ordination. The weekend is similar to the annual Advisory Council on Postulants for Ordination gathering for potential clergy.

A report on James Settee College was also presented at the Indigenous Council meeting, which took place from Dec. 6-7 at the synod office in Prince Albert. The meeting marked the first meeting of a new council elected at last June’s general assembly. Members set dates for the next James Settee College, which meets three times a year and is independent of the diocese of Saskatchewan but trains the majority of its Indigenous clergy.

The council meeting also included discussions on the Anglican Council of Indigenous People, the Anglican Indigenous Network and local concerns of clergy in their communities.

A new process to encourage parish development is making headway across the diocese of Toronto.

Mission Action Planning (MAP) seeks to help parishes set goals based on their strengths and work towards them within a specified time period. By building on their greatest assets, parishes take a “missional stretch” that aims to connect them to their neighbourhoods and build relationships with people to share the gospel.

Four parishes in the diocese of Toronto have now completed the program. Another 12 are undergoing the process or are scheduled to begin in 2020.

Janet Marshall, director of the diocese’s Congregational Development department, first launched MAP more than a year ago. The department has 26 trained volunteers to help facilitate the process for parishes.

MAP can take between three months and a year to complete, depending on the amount of planning and discernment the parish has already done. While a trained outside facilitator guides the process, each parish is asked to form a steering committee to make decisions and coordinate activities.

The program has three phases. First, the parish learns more about its local community. Then it identifies parish ministries and focuses them to better connect with the community and the church’s mission. Finally, the parish takes a “missional stretch,” being encouraged to go further than what it is currently doing.

One parish, St. George’s in Ajax, had struggled in recent years with a decrease in attendance and shrinking finances. Since undertaking MAP, parishioners report seeing new people at Bible study and Sunday worship services.

To learn more about MAP, contact Marshall at [email protected].

—The Anglican (diocese of Toronto)

An Anglican congregation in Parksville, B.C., has invited area homeless to sleep in its historic St. Anne church as part of an ecumenical shelter program.

On Dec. 6, St. Anne and St. Edmund Anglican Church opened the doors of St. Anne to homeless individuals for a “pray and stay” prayer vigil, which offered a warm and safe place to sleep in the absence of a cold-weather shelter in the city this year.

St. Anne and St. Edmund Anglican Church is part of the Oceanside HEART Society, formed along with several other local churches. HEART stands for “homelessness ecumenical advocacy response team.” Churches started the program in the fall of 2019 after the opening of the 52-unit Orca Place housing complex for the homeless, which did not include a planned cold-weather shelter.

The congregation at St. Anne and St. Edmund currently has two buildings. Worship takes place in St. Edmund church, a more modern building with a hall, kitchen and washrooms. The older wooden building, St. Anne, is a popular venue for summer services.

In 2019, St. Anne celebrated its 125th anniversary with the installation of a new heater, which the congregation thought could allow them to hold Christmas, memorial and funeral services in their old building again. Instead, they began using the building as a homeless shelter.

Since the beginning of the vigil, between four and 15 people have been sleeping in St. Anne’s each night, supported by staff and volunteers who manage the shelter and provide food. The community’s plan as of late December was to have a rotating shelter, with other churches taking a turn until March.

An affordable housing complex for seniors has opened across from St. Paul’s Anglican Church in Hampton, N.B., on property formerly owned by the congregation.

DeMille Place officially opened its doors on Dec. 22 at an open house, which showcased its 21 accessible and near-accessible apartments for seniors, including one-bedroom and two-bedroom apartments.

The parish of Hampton donated the land for the complex, while the Anglican diocese of Fredericton donated $35,000. A parish building committee headed by Steve MacMackin oversaw the project.

The parish originally acquired the land after the DeMille family, which owned a dairy farm encompassing the property, donated the land to the church. For almost two decades, parishioners had been wondering what to do with the property.

Initial plans called for building a new church. The parish raised funds but ultimately chose not to move forward with the project. It used the money to buy more land further up the hill, but parishioners were uncertain what to do with the land.

Desiring a project that would fit into the neighbourhood, the parish decided to focus on seniors’ housing after doing a survey. It undertook a feasibility study and sought funding. In the end parishioners managed to secure subsidies from the provincial and federal governments, as well as individual donations and a $60,000 grant from the Town of Hampton.

A building manager, property management company and maintenance worker will operate DeMille Place, with the church board and company meeting on a monthly basis.

A rural parish in Nova Scotia is bringing many newcomers into their church hall by hosting a free weekly Community Café.

The café takes place every Thursday from 9 a.m. to 11 a.m. at St. John’s-in-the-Wilderness Anglican Church Hall, located in the Parish of New Germany. Anyone is welcome to come in and enjoy a hot cup of coffee, homemade muffin, hospitality and good conversation.

Parishioners Clair and John MacInnis host the Community Café each week. Clair first organized the mission-oriented initiative as a way to create a welcoming space to get to know her neighbours and respond to their needs. In the fall of 2018, parish council approved use of the church hall for the café, which first took place that November.

The Community Café has quickly grown in New Germany, where there is no coffee shop. Four people attended the first café, and the gathering now attracts an average of 30 people each week. One café saw 55 people attend.

The weekly drop-in primarily attracts new residents and some tourists. A database list keeps track of guests and where they are from. More than 1,500 drop-ins have taken place over the past year, a figure that includes many repeat attenders.

Along with offering free coffee, muffins and fellowship, the café welcomes freewill donations to support good causes. Examples include donating money to local schools, the food bank or helping the needy.

Organizers refrain from pressuring guests about the church. Parishioners at a recent workshop spoke enthusiastically about the Community Café as a way to network and converse with new people.

— The Diocesan Times (diocese of Nova Scotia and PEI)