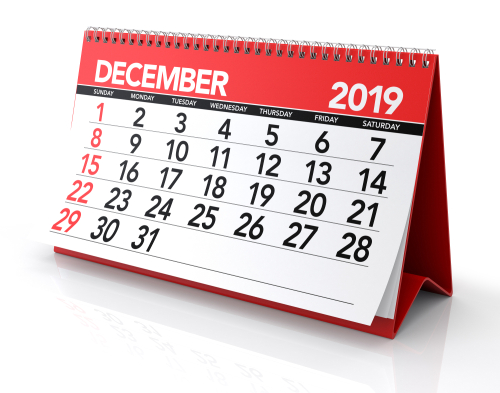 A church in the diocese of Niagara is fostering interfaith dialogue with a local Islamic cultural centre.

The relationship between All Saints Anglican Church in Erin, Ont., and the Erin Islamic Cultural Centre began when the Rev. Joan Dunn met with people from the newly-opened centre in the summer to discuss what could be done to create educational opportunities between the two groups.

On Sept. 29, All Saints held a service attended by two imams and 30 Muslim worshippers. The service included an Anglican Eucharist and a combination Christian/Muslim prayer. Imam Moulana Norrudin answered questions about Islam from All Saints’ congregation.

Following the gathering, Muslim Sister Tricia sent a note to the church thanking the congregation for its “warmth, openness and kindness.”

“May the day’s efforts lead to greater and better things to come for our community and lead to an even greater understanding that we are all believers, though we may practice our faith in different ways,” she wrote.

New 300-seat church opens in the diocese of Moosonee

A new $2.5 million, 300-seat church—possibly the largest church building in the diocese of Moosonee, according to Assistant Bishop Tom Corston—opened its doors to the Cree Nation of Kashechewan Sept. 23. More than 120 community members gathered to celebrate the church’s grand opening.

For the past 10 to 15 years, the Anglican community in Kashechewan has met in a small space made of two general purpose sheds bolted end-to-end, donated by the local band council. While well cared-for, the space was not ideal for worship, with huge pillars situated throughout and an uninsulated floor.

Previously, the church had met in a former armed forces base chapel that in the 1970s was moved in to replace an old frame church. Over time, however, spring flooding caused the church to become infested with toxic mold and the building had to be abandoned.

After many years of dreaming of a new church, funds from the Cree Nation of Kashechewan were made available to construct the new building.

Corston consecrated the new church, which sits on high ground across the road from the community cemetery, and designated it as St. Paul’s Anglican Church. Parish deacon and Kashechewan Band Chief the Rev. Leo Friday has since been ordained to the priesthood and licensed as the church’s first incumbent.

The 157-year-old pipe organ at St. Mary’s Anglican Church in Auburn, N.S., has received designation as a significant historic instrument from the Royal Canadian College of Organists (RCCO).

The Class A historic designation was awarded to the St. Mary’s organ because of its age and largely unaltered state. Built in 1862 by East Cambridge, Mass., based George Stephens & Co., the organ is likely a one-of-a-kind instrument, built by special order. It is “a very rare example of its kind in Canada,” according to the RCCO.

The organ was purchased originally by the church for 150 pounds Sterling (about $450 at the time). It was pumped by hand until the early 1960s, when an electric motor was installed to operate the bellows.

According to the RCCO certificate, the organ “retains all its original pipework, original hand-blowing equipment and has not been altered in any way.”

Christ Church Cathedral, Montreal, was the site of the first Messy Cathedral in Canada on Sunday, Nov. 2.

Based on Messy Church, an informal form of church for families that focuses on fun, the idea of a diocesan Messy Cathedral came from two diocesan departments: MTL Youth and Congregational Development. Lee-Ann Matthews, MTL Youth project coordinator, led a team to plan the event.

Families from across the diocese were invited to attend the bilingual Messy Cathedral on All Saints Day. Built around the theme All the People of God, the event saw the cathedral transformed.

One chapel was turned into a craft area. Another contained large blocks for a “build a cathedral” activity. In place of the lectern was a snack table. The font in the baptistery was filled with water, with rubber ducks floating in containers everywhere. Ten bowling pins stood at the front of the nave in the centre aisle. The platform where the altar stands became an open space for storytelling.

During the Messy Cathedral, children ran from one activity to another. A scavenger hunt led them to explore all parts of the cathedral. A craft session helped the children make crowns, to illustrate the idea that all are royalty in the kingdom of God. Participants played in the water in the baptistry and bowled in the nave.

Worship included singing, dancing and watching the Godly Play story The Great Family. The event ended with a pizza lunch in the pews.

A new group called Black Anglicans of Canada (Bl.A.C.) has been formed to support the vocational and spiritual needs of Black Anglicans, following two years of prayerful contemplation and discussion.

Bl.A.C. seeks to improve understanding of historical and current issues faced by Black Anglicans and act as a network to respond effectively to the community’s needs and concerns. It will encourage churches to develop and practice Afro-Anglican liturgy, music, drama and art, both inside and outside of worship services. Bl.A.C. also plans to organize annual conferences and to support members who feel called to ordained ministry.

Black Anglicans have engaged in much discussion over the years about their participation in the life of the church. In 1992, Romney Moseley’s report No Longer Strangers strongly recommended that the Anglican Church of Canada “actively promote an identity which is culturally diverse and inclusive” at all levels, particularly with regard to worship and leadership.

Moseley’s report served as the foundation for the church’s multicultural policy, and in 1994 led to a Toronto diocesan multicultural initiative also called “No Longer Strangers.” In 1995 the Black Anglicans Coordinating Committee was established to advocate on behalf of the black community and to encourage and support black clergy. Their work included encouraging the church’s annual celebration in February of Black History Month.

In spring 2019, Bishop Andrew Asbil met with Bl.A.C. to listen to their concerns. He expressed his support and offered to meet with the group in the future.