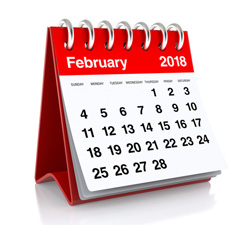 Two joint Anglican-Lutheran congregations were formed this fall with the mergers of Anglican and Lutheran churches in Orillia and Guelph, Ont.

One of the key figures behind the merger was St. David’s parishioner Bob Donald. It was the wish of Donald, who had been diagnosed with terminal cancer, to see the signed document before he died. On November 13, he was presented both with the agreement and a letter of commendation from diocesan bishop of Toronto Archbishop Colin Johnson and Peter Fenty, area bishop of York-Simcoe, recognizing his service to the church. Donald died one week later, on November 21.

Meanwhile, in Guelph, the first official worship service of All Saints Lutheran Anglican Church—the result of a merger between St. Paul’s Evangelical Lutheran Church and the Anglican Church of St. David and St. Patrick—was held September 24. The two churches had been holding talks on increasing their collaboration since November 2013. In spring 2015, they voted to enter a two-year partnership agreement, by a vote on a permanent merger agreement in April 2017. The two congregations will worship together in the former Lutheran church building.

The full communion agreement between the Anglican Church of Canada and the Evangelical Lutheran Church in Canada allows collaboration in a number of ways, including celebrating the Eucharist together and sharing liturgies and clergy.

An Anglican authority on aging says he’s concerned federal legislation on medically assisted dying will see some people “die against their will.”

Speaking at a banquet held by the diocese of Edmonton November 15, Kenneth Rockwood, a professor of geriatric medicine at Dalhousie University and a staff physician at the Queen Elizabeth II Health Sciences Centre in Halifax, said he was concerned the law might lead to bad decisions being made about a patient’s life or death, given what he said was a current trend toward “the dominance of the subspecialists.” The risk, he said, is that decisions could be made based on a focus by highly specialized medical experts on only one factor in a person’s life, to the exclusion of others.

“People are frail as a consequence of multiple interacting medical and social problems,” said Rockwood, who also serves on the bishop of Nova Scotia and Prince Edward Island’s committee on medically assisted death. “What is happening, and what is a real challenge for healthcare and Canadians, is that people are presenting as ill when it’s not clear which problem should be given the most consideration.

“Under the new legislation,” he said, “people are likely to die against their will when they present with a problem and are treated by a subspecialist group which makes decisions outside the context of everything else that’s wrong with that person…I am certain this is a risk for us.”

Rockwood said he was not opposed to medically assisted dying for all patients, however.

“When they’ve anticipated medical assistance in dying for several years, and you’ve spoken with them about it several times, and you see that they’re at the point when they’re asking for it as a statement consistent with the way you’ve always known them; that they’ve identified a point of intolerable suffering to which death is actually preferable, then I no longer find that controversial,” he said.

A three-way partnership between the Anglican and United Churches and the Salvation Army is bringing food and winter clothing to hungry and cold children on the streets of Saint John, N.B.

Since September, the Westside Anglican Mission, which already runs a café for the city’s hungry, has been partnering with Saint John’s Carleton Kirk United Church and the local Salvation Army to hand out sandwiches from a Salvation Army disaster response truck. Every Wednesday evening, volunteers spend an hour and a half giving sandwiches, home-made cookies and hotdogs to hungry people in some of the city’s poorest neighbourhoods. About 90% of the people who come for food are children, says volunteer Jeff Edison.

Many of those who come, says volunteer Judy Mae Gallant, are not dressed for the weather, and she and other volunteers give away winter hats and mittens, and take requests for coats, all donated by the Salvation Army.

The idea for the ecumenical food truck arose last winter, says the Rev. Rob Salloum, pastor of the Westside Anglican Mission, when his wife proposed handing out sandwiches as a way of reaching out to the community. Then, in June, he noticed the Salvation Army truck, and the idea of using it was born.

The weekly food program costs about $70 per week, which is donated by members of the Westside Anglican Mission and Carleton Kirk United Church. The Salvation Army allows them to use the truck for free.

With almost a third of its children living in poverty, Saint John was recently named as having the highest child-poverty rate among major Canadian cities.

After years of struggling with high deficits, the diocese of Quebec is looking at a “near-balanced budget” for 2018 as a result of a number of cost-cutting measures, Bishop Bruce Myers says.

This October, the diocese’s executive council passed a budget for next year with a projected deficit of $10,000, Myers said—an expression of the diocese’s current resolve to live within its means after years in which deficits could reach as high as $300,000.

The diocese was able to project such a small deficit by taking a number of measures, including delaying the date of the next diocesan synod from next year to 2019. There will also be less money available to support mission and ministry projects throughout the diocese.

The diocese is also slashing the membership of its synods, partly as a cost-saving measure. At its last meeting, in 2015, the synod voted to reduce the size of future synods by roughly one-half.

“Our financial challenges as a church remain significant, but achieving budgetary equilibrium is an important step in addressing those challenges,” Myers said. “Living within our means is a necessary aspect of good stewardship. In doing so we also help enhance our longer-term sustainability, so that we can continue to try and be the church God is calling us to be for years more to come.”

The Rev. Donald Grayston, an Anglican priest and educator who died October 23, was remembered at a public funeral service at Christ Church Cathedral, Vancouver, November 15.

Grayston, who taught religious studies at Simon Fraser University from 1989 to 2004, also served for some time as director of the university’s Institute for the Humanities. He was also co-founder and first director of the Pacific Jubilee Program, which offers ecumenical and interfaith spiritual formation, until 2011.

Grayston was remembered at the service for, among other things, his compassionate nature and his abundant love for life.

“Don had this generous, playful, wise energy,” recollected homilist the Rev. Martin Elfert, rector of Grace Memorial Episcopal Church in Portland, Ore. “And he had a wide smile to match it…a smile that suggested he was drinking in the beauty of the world.”

Grayston grew up in Vancouver and was ordained to the priesthood in 1964. He served at a number of British Columbia parishes over the next five decades. He also often attended United Church of Canada services, dividing his time between the two churches in his last few years.

Grayston died of complications related to pulmonary fibrosis, which he had been diagnosed with in 2000.