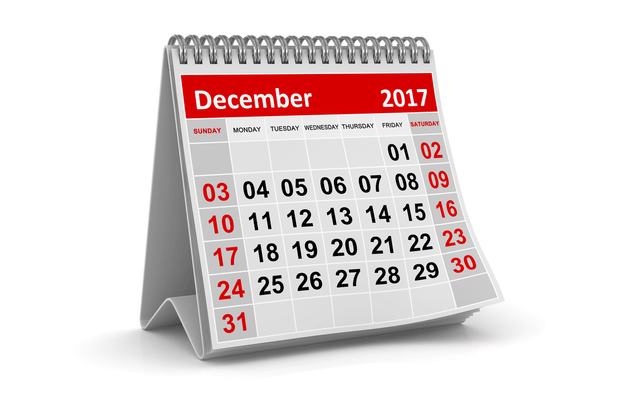 A Mississauga, Ont., church is connecting with homeless people in the neighbourhood by offering free food and other necessities in an outdoor cupboard.

This June, volunteers at St. Peter’s Anglican Church built “The Little Deacon’s Cupboard,” a wooden box with glass cabinet doors resembling a free book exchange depot, not far from the church. The idea, says the church’s incumbent, Canon Jennifer Reid, was that local people would stock non-perishable food and drinks in the box, for the needy. The cupboard, based on similar food cupboards offered by churches in the southern U.S., allows people to get free food and drinks anonymously and in privacy.

Since it was built, the cupboard has also begun to serve as a means of communicating between parishioners and local homeless people. A handwritten note of thanks was found in it, after which churchwarden Allison Gray left a small notebook allowing users to list things they especially needed. In response to written requests by users of the cupboard, donors have begun to stock it with other provisions, including toiletries, socks, underwear, cutlery and can openers. Inspired by the response to the cupboard, the parish is now considering converting a janitor’s closet into a shower room and installing a washer and dryer for the homeless.

Parishioners have converted an Anglican church on Salt Spring Island, off Vancouver Island, B.C., into a centre for fostering spirituality of all kinds.

On September 30, a development team composed of members of the Salt Spring Anglican Parish officially opened the Star of the Sea Centre for Spiritual Living and Practice, located in the former St. Mary’s Church, Fulford, B.C. The centre, team members said, will offer programming of various kinds in spirituality and the arts, with the goal of serving as a bridge not only between Christians but also between Christians and those of other faiths, or of no defined faith.

The idea for the centre arose about three years ago, when members of the Salt Spring Anglican Parish—which included three churches, including St. Mary’s—felt that more could be done with St. Mary’s, which was falling into disuse. A development team was assembled, and the idea took shape. The team presented the idea to the diocese of British Columbia, which provided financial support.

In a keynote address at the opening, Canon Herbert O’Driscoll, former dean of Christ Church Cathedral in the diocese of New Westminster, said he saw the centre as setting in motion “a journey, one where we join a multitude of seekers on a great pilgrimage where our quest is to discover an enduring landscape where we can be fully human, at peace with ourselves, with one another, with our mother Earth, and with that Source of our Being for whom there is a Name in every language.”

As of press time, the centre had a website and a program of events for the remainder of 2017 and early 2018.

A Nova Scotia church is reaching out with an annual evening of reflection for anyone who has ever suffered the loss of a loved one.

For seven years, St. John’s Anglican Church in Wolfville, N.S., has been hosting “Praying Our Goodbyes” on the evening of All Soul’s Day, November 2. The event, which is aimed at the general public, involves, among other things, a reading by a guest speaker who shares how his or her spirituality proved a support in time of grief. (Last year, the guest speaker was local novelist Christy Ann Conlin, author of The Memento.) There is also a music performance and audience participation in the form of easy-to-sing hymns or other songs, the lighting of candles and prayers. A display table provides books and contacts to local bereavement support groups. Refreshment follows the service.

The event is advertised through posters put up throughout the town, Internet community bulletin boards and widely distributed emails.

“We’re trying to use this as an opportunity to draw people together, who may not be our regular worshippers,” says rector the Rev. Sandra Fyfe. “We all have something in common—we’ve all lost people who have died…There’s a universality in that we’re all trying to make sense of suffering and loss.

“We want people to walk away knowing that the church was there for them in an important moment.”

An Ontario church is planning to transform a derelict property that once housed a biker gang into an urban haven of peace, beauty and community service.

Last year, the diocese of Niagara authorized the Parish of St. James and St. Brendan to purchase a property across the street from the church, consisting of an overgrown lot and two buildings. One of these, according to rector Canon Robert Hurkmans, was “a former notorious hangout for a Niagara biker gang,” and the other housed a menagerie of snakes.

The parish, Hurkmans says, plans to redevelop the lot into “a place of beauty, rest, community and learning.” The empty lot will be made into a parkette with benches, artwork, trees and a fountain—an inviting spot for lunch breaks, art shows, concerts or weddings, he says. The former biker gang clubhouse will be repurposed to house “Ozzy’s Garage,” a planned youth outreach centre.

Partnering with the parish on the outreach centre will be a married couple, Rick (Ozzy) and Heather Osborne. Rick, Hurkmans says, is himself a former biker gang member who spent 25 years in prison and “has painful and harrowing stories to tell” about his experiences. Rick is now a much sought-after gang expert, he adds. Ozzy’s Garage will provide mentoring projects to youth, including bike-rebuilding classes.

The project will cost close to $500,000, Hurkmans says, and the parish is undertaking a “multi-pronged approach” to raising funds.

More information on the project can be found at http://www.blessthecity.ca/

The diocese of Saskatoon has established a “school without walls” for providing free, diocese-wide mentoring and support in discipleship.

St. Brigid’s School of Discipleship offers short classes for all levels of discipleship, from those who are curious about Christianity to training for lay readers, deacons and priests. It also provides courses in preparation for rites of passage, training in advanced spiritual care and theological reflection, and continuing education programs for clergy, as well as training in local church renewal.

Instruction is by diocesan clergy and lay specialists, who travel to parishes throughout the three deaneries, eliminating the need for students to travel long distances to attend the classes.

More information on the school can be obtained by contacting Canon Shawn Sanford Beck at greenpriest@hotmail.ca or by phoning the diocesan office at (306) 244-5651.