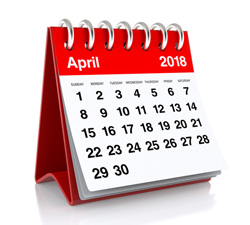 An Anglican chaplain at the University of Victoria, B.C., says she has been attracting students to the university’s Interfaith Chapel with a weekly event centred around animals.

Since Sept. 6, 2017, Ruth Dantzer has been operating what she calls a “Pet Café”—a one-and-a-half-hour time slot when people are free to drop in to be with therapy animals brought by volunteers. To her surprise, the opening of the Pet Café drew nearly 200 students, she says.

“Students lined up to get in and they all crammed into the lobby of the Interfaith Chapel—all to pet some animals!” Dantzer says. The Pet Café has been maintaining its popularity since it opened, she adds.

Dantzer says the “overwhelming” response to the café has made her realize that university students “need effective gateways to help release some of the stress they carry, either through socializing or through the hands-on experience with the pets.”

She adds, “The animals provide a natural ‘icebreaker’ and, as a result, the atmosphere is one of relaxation, peace and emotional connection.”

Dantzer says the event has allowed her to make contact with students and let them know she’s there if they need support. But it has great value in itself, too, she says.

“There is something spiritual happening at each Pet Café—the hospitality that is extended, the connections that are being made and the healing that is happening by way of the therapy animals.”

Anglicans in the diocese of Fredericton are hoping to raise $100,000 to help feed New Brunswick’s hungry children with their second annual bowling tournament this April.

Organizers of the tournament, which will be held April 21 in Fredericton, Moncton and Saint John, hope to raise money partly through the sale of $15 T-shirts, to be worn by participants on the day of the tournament. A number of deaneries and parishes are also planning separate events to raise funds for the tournament.

The proceeds this year will be donated to food programs in the three cities, such as the Student Hunger Program run by Fredericton Community Kitchens, a local charity. Launched during the 2013-2014 school year, that program now provides 355 bagged lunches to students in 15 schools every school day. It also provides 77 backpacks of food per week for students to bring to their families on weekends, and a bulk food delivery to two high schools. One of these schools uses this food to prepare 125 halal lunches per week; the other makes it into 300 bags of healthy snacks for students per week.

According to a 2017 report by the Saint John Human Development Council, a group that researches social issues, nearly 28,000 children in New Brunswick live in poverty. Half of the children of single parents in the province, the report said, live below the poverty line.

A warming centre run by a Montreal mission is open more days of the winter this year, partly as a result of donations to an appeal by the diocese.

St. Michael’s Mission, an agency that provides services to Montreal’s poor and homeless, is operating its warming centre seven nights a week this winter, from 9 p.m. until 6 a.m., December 1 to April 30. In previous years, the centre has been open only when temperatures fell below -20 C, which worked out to about 25 nights last year.

The mission is located in the Anglican Church of St. John the Evangelist and is supported by the diocese of Montreal. Last year, the mission was facing a deficit partly because of the loss of $70,000 in government support and private donations.

But the mission was named as one of the beneficiaries of 2016’s Bishop’s Action Appeal, an annual call for donations to the diocese, and it was able to extend its nights of operation partly as a result of donations to the appeal.

The centre welcomes an average of 95 people or more per night, depending on the weather.

Homeless people in Montreal sometimes avoid sleeping in shelters that do not allow them to leave once they have been accepted for the night. But the warming centre at St. Michael’s Mission is unusual in that it allows its clients to leave and return during the night, if they wish.

Some Anglicans in Toronto have been adding their voices to demands by an interfaith group that the city increase its spending on social services.

Elin Goulden, social justice and advocacy consultant for the diocese of Toronto, is urging the city’s Anglicans to tell their city councillors they want the city to continue to pay for a number of anti-poverty and other social programs approved by city council over the past few years. In its preliminary 2018 budget, the city earmarked $9 million to pay for these programs, far less than the programs’ estimated cost of $41 million.

In late January, the city announced more money would be forthcoming, but Goulden said she was concerned the announcement might have been made with a view to municipal elections slated for next October, and that funding in future years would fall.

Faith in the City, an interfaith group that advocates for better social programs, will be urging City Council to provide “sustainable long-term funding” for the programs, she said.

Earlier in January, two Anglican priests joined an employee of a Roman Catholic ministry in the city in performing a skit in front of Mayor John Tory’s office, spoofing the 2012 science fiction film The Hunger Games. After the performance, Goulden said they were making the point that, just as contestants in the games featured in the film were made to fight each other to the death, so social service agencies in the city of Toronto are being made to vie with one another for scarce city funding.

The diocese of Edmonton has commissioned the first graduates of its fledgling program in lay evangelism.

Alison Hurlburt, of Edmonton; Corinna Kubos, of Fort Saskatchewan, Alta.; and Jenny Stuart, of St. Albert, Alta., were commissioned as licensed lay evangelists at a service at Edmonton’s All Saints’ Cathedral January 14.

In a homily, the Rev. Tim Chesterton, warden of lay evangelists for the diocese of Edmonton, said Anglicans have not always been enthusiastic about evangelism, which, he said, is a gift of Christ.

“Some people see evangelists as a nuisance, or an embarrassment, or a theological anachronism. But we’re here to receive that gift and celebrate it together,” he said.

The three new lay evangelists will now serve as volunteers in their home parishes in a number of outreach activities, he said.

Chesterton designed the diocese’s formation course in lay evangelism after visiting three Church of England dioceses in 2012. The diocese’s first two-year course included 12 training sessions through 2016 and 2017. Chesterton plans to start the next course in fall 2018.