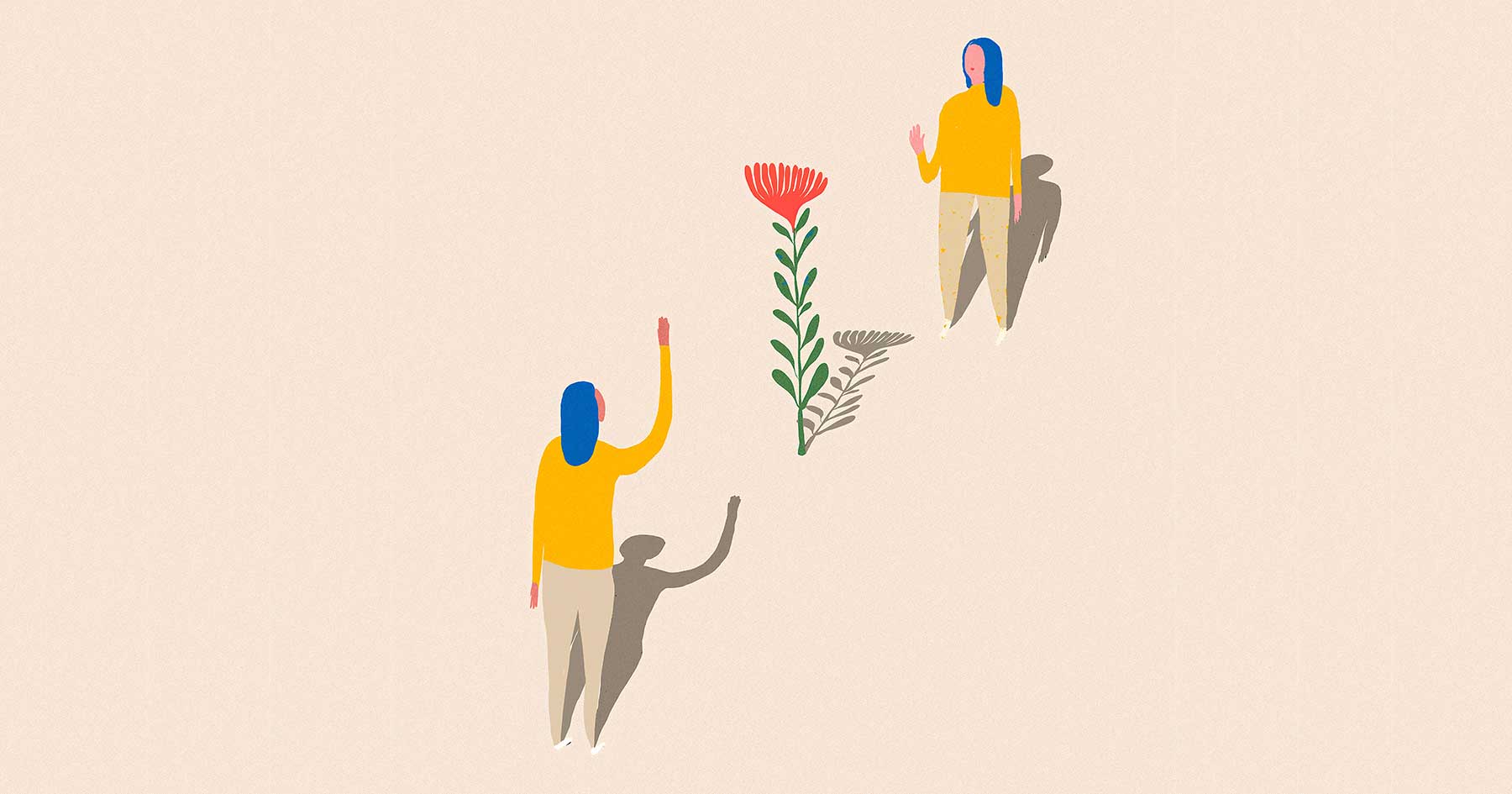 The extreme unpredictability brought about by the COVID-19 pandemic has meant a radical re-thinking of the Anglican Church of Canada’s strategic planning process, members of the working group tasked with developing a new plan for the church say.

The strategic planning working group was formed last fall to put together a plan to replace Vision 2019, the document that guided the church from 2010 to 2019. But the group has decided to shift away from the methodology that guided its work until this spring in favour of a more open-ended approach, says its chair, Judith Moses.

“The methodology was designed with a traditional strategic planning process in mind, where you scan your environment, you try to respond to that and plan for that, you identify potential risks to success and you sort those through,” she says. “No one predicted a pandemic. A pandemic does not fall in the course of a normal strategic planning process…. So we essentially had to set aside the entire methodology and thinking about what is planning.

“There is no planning right now, in the sense that we don’t know where we’re going to be in six months, let alone two years, let alone five or 10 years. All that we know is that the world around us has changed significantly, continues to change and will likely never be the same.”

This could mean, Moses says, that the working group may not have a finished strategic plan to present to General Synod by the time it next meets in summer 2022, as was originally intended. It may, in fact, not end up producing a strategic plan at all, at least in the conventional sense.

It’s a time to sit back and listen carefully, intentionally, deeply and respectfully to Anglicans during this difficult time.

“We will do whatever is appropriate for our times,” she says. “There are many ways to face a future, and a traditional strategic plan may not be the best way to proceed. We are open-minded to respond to what the church wants and needs.”

At the last in-person meeting of the Council of General Synod (CoGS) March 13-15, the working group presented an update on its work, and a look toward the future. At that time, the group envisioned a planning process that would move forward in three phases and involve consulting with Canadian Anglicans through surveys and focused, guided conversations.

Before that meeting, Canadian society remained relatively untouched by the novel coronavirus. As of March 11, the number of Canadians who had tested positive for the disease was barely over 100, about one one-thousandth of the total number of cases (including those who have recovered) at the time this article was being written, and workplaces, schools and churches remained open.

But March, as Canadians now know, was the month things changed. The federal government closed the border to non-essential travel March 16; in Ontario, a state of emergency, involving the closure of schools and businesses, and restrictions on gatherings of people, was declared the following day. Similar measures aimed at preventing the spread of COVID-19 were announced across Canada in the days that followed. A combination of decisions by religious leaders and orders by civil authorities resulted in the shut-down of in-person worship across the country. Economic chaos followed the virus, and in the Anglican Church of Canada, many dioceses announced financial relief plans for struggling parishes.

The onset of the pandemic was also a turning point for the church’s strategic planning working group, Archbishop Linda Nicholls, primate of the Anglican Church of Canada and a member of the working group, told CoGS when it met online June 13.

As COVID-19 hit Canadian society, the group “met and looked at each other and said, ‘Now what?’ recognizing that our original plans were not going to work,” she said.

The group eventually decided, Moses told CoGS also on June 13, to shift its approach. Instead of the surveys and in-person group consultations that had been planned, the working group intends a series of online “group listening sessions” involving specific groups within the church—executive archdeacons, bishops, young clergy, lay youth and young families, Indigenous groups and more. And in addition to inviting thought on the church’s future and strategic direction, organizers of these sessions will also aim to listen with sensitivity to how Anglicans are coping with the pandemic, provide pastoral support and generally help bring Anglicans across the country together.

“It’s a time to sit back and listen carefully, intentionally, deeply and respectfully to Anglicans during this difficult time,” Moses said.

“These would be open-ended questions, open-ended discussions, active, respectful listening. The whole approach is about sharing stories and experiences instead of critical analysis and problem-solving. It would seek to identify positive potential to carry forward into a transformed future for the national church starting from the present moment in the depth of a global pandemic.”

The meetings will take place beginning in early July, Moses told CoGS, with each group meeting as often as it likes. Janet Marshall, director of congregational development for the diocese of Toronto, has been engaged as a trainer and facilitator for those directing the meetings. The strategic planning working group itself will not lead the discussions, Moses said, but hopes to attend them “in the background” and follow the conversations to track and compile the themes that emerge. The working group will report to CoGS in the fall, but this will likely be an interim report only, as the listening sessions are expected to go on for some time.

Coinciding with the launch of these sessions, and intended to be an aid in guiding them, a video has been prepared by national church staff. The 18-minute video is based on a paper, “On being church,” written by Nicholls, which also opens this issue of Epiphanies.

Updating CoGS on the strategic planning process with Moses on June 13 was another working group member, Canon (lay) Ian Alexander. The “convening and connecting” role that the planning group will play in facilitating the listening groups, Alexander said, ties into discussion at CoGS in March about how General Synod could best contribute to the life of the church across Canada.

“We think that not only is this good work for us to do as a strategic planning group, but it may be a demonstration of the kind of thing that only the national church can do—which is to bring people together, at a time like this, from across the country,” he said.

Another member of the working group, the Rev. Monique Stone—who is also rector of Julian of Norwich Anglican Church in Ottawa—says that, as a parish priest, she finds the “deep listening” approach more appropriate to the chaos of the current time than surveys.

“If you came to me to answer a survey right now—I’m just not capable,” she says. “We’ve been in this strange mode, and I would almost, as a parish priest, feel like that’s not responsive to where I am right now.”

Stone says that the church thus needs to explore this reality of dramatic change. The new approach, she says, will allow the church to question its assumptions more deeply.

“I see this unique opportunity for the national church to really just listen, to really see what is happening. And maybe we’re seeing it as an opportunity to not do things the way that we always do,” she says. “When we ask the question, ‘How are we being church right now?’ maybe that is going to push us to, ‘How should we do church?’”

And the focus on deep listening, she says, reflects a pastoral concern, which the current time also calls for.

Though the pandemic has of course meant challenges for the church, it could also prove an opportunity for it to grow in new ways—and in fact already has done so, Moses says. She says she hopes the listening groups will capture this aspect of the pandemic.

“We never contemplated doing the kinds of things that we’re doing right now in the church,” she says. “They are innovative, they are creative, they are responsive, they are humane—all of those good things. Are we reinventing ourselves? This is what we want to get the pulse of. We want to see how people are doing, and whether within that, we can glean insight as to what the national church of the future might look like.”

The progress of the church in dioceses and parishes across the country in shifting to online ministry has been particularly impressive, Moses says.

“It’s our only tool at the moment to be able to reach people—so we’re going to get good at this,” she says. “So it’s a new world. And it’s quite exciting. I think you can look at this as a catastrophe; you can also look at it as an opportunity, and a blessing for us to be able to stand back from our normal daily, crazy, busy lives and re-think, re-invent. It’s a time, I think, of very profound change, and we’ll either manage it well or we’ll manage it reasonably well or not well at all. It’s in our hands how we respond to this and how we support Anglicans across the country.”

Speaking to CoGS June 13, Nicholls said one thing the church had learned was that it could attract to online worship people who would never have stepped inside a church. And in the challenge brought by the COVID-19 pandemic, she said, there could also be the opportunity for the church to change for the better.

“This is a wonderful creative moment for the church. We’ve been washed out of our ruts, we’re standing in the fog and we have a chance to do something radically new. And as we listen to the church, I think we may hear some things that will give direction to the national church going forward.

“The bigger question is, ‘Can we do it all before 2022?’ Possibly. Maybe not. We’ll certainly have some things to share with General Synod, and invite them to reflect on this triennium, which will go down in history as a triennium of transitions, I think.”