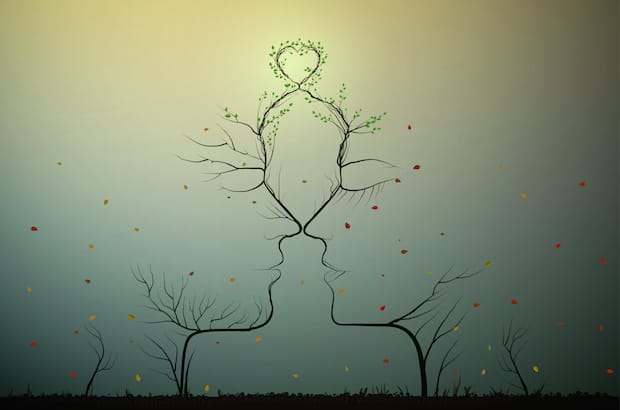 It’s late May, and our last day in Canada before we fly back to Scotland. We’re sitting on a bench on Granville Island, Vancouver, taking in the atmosphere in the warm afternoon sunshine and trying to eat large ice creams before they either fall to the floor or rise skywards in the beak of some ever so attentive seagull. The “we” consists of myself, my wife, Kay, and a young married couple we first encountered half a world away.

Let me go back to the beginning. It’s 2012, and I’m working in Ankara, Turkey, as the priest at the Church of St. Nicolas of Myra, within the British Embassy complex, and ecclesiastically within the Church of England diocese in Europe.

Amongst the slowly growing number of refugees seeking out St. Nicolas is a nervous young couple recently arrived from Iran. They’re penniless, lost and facing an uncertain future, but what has brought them here? They say that love is blind, but sometimes it is stupid, too, for this is a Romeo and Juliet story set against the backdrop of cultural and religious prejudice. The boy is from a minority sect in Islam, but through patient searching and online ministry, he has become a Christian. The girl is from a large and passionately orthodox Shiite family—even worse, her uncle is the presiding judge of a religious court. In secret, they commit themselves to each other and are married, and only then tell her family. They are angry beyond words. They attack her, cracking her skull, breaking her nose, ripping off her ring and forbidding her to see him again.

That night the young man escaped to Turkey and the following day our “Juliet” joined him. Sometime later they found their way to St. Nicolas and to me. In the months that followed, they grew in faith and commitment, both to each other and the religion that so many of the refugees there described as “one of love and life”—the very opposite, they said, of their experience in the world from which they’d fled.

But back to our story. Obviously we did not expect a refugee to contribute financially to the church, but often they insisted on making a contribution in kind, and this couple took on the cleaning of the church, while at the same time attending catechism and Bible study, which often went on for two or more hours after the Sunday Eucharist, led by my colleague, Fr. Ebrahim. In due course, they were baptized and confirmed.

For the next two years, earning whatever few coins they could through hard, unpleasant manual work that is so often the lot of refugees in order to pay for their rent and food, they not only survived but slowly made their way through the UN’s refugee processes and then those of the Canadian embassy to which the UN has referred them. Little by little, the pieces fell into place, until after what seems a lifetime to them, they fly out of Turkey and on to Canada; eventually into the pastoral care of an Anglican parish priest in Burnaby, Vancouver.

That was two years ago, and these past few days have seen both a tearful and a joyful reunion, one in which their Ankara past and their Canadian future have been given equal expression, as together the priest and I prayed both with them and for them. Theirs is just one journey amongst so many in today’s world, but one in which the church, its message of faith and love, and its ability to join hands across the world, has been central to every aspect of it. Lots of hard work lie ahead for them both as they continue to build their new lives in Canada, but they have such determination, faith and commitment to each other that they will unquestionably succeed— with the faith and faithfulness of the Anglican congregation in Burnaby, Vancouver, which will be with them every step of the way, as was that of the congregation of St. Nicolas, Ankara, before them.