A church faithful in its time 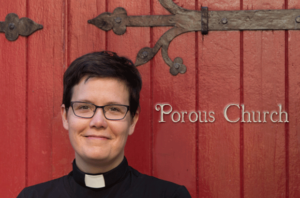 Just a couple of short weeks ago, my front lawn was covered (again) in snow. It felt like winter would never end and every casual conversation included a complaint about the insult of snow in April. And then someone shared a photo on Facebook of their snow-covered yard, captioned with a complaint—a photo that they had originally shared exactly one year ago. Because, it snows in April. Every year. And we are surprised and horrified. Every year.

This is either a testament to our great optimism that this year it will be different or to our remarkably short memories. Either way, it points to an almost wilful denial of reality. By April, we are so desperate for spring that we mistake our desire for reasonable expectation. We think back to last April—but only to the part we liked and fool ourselves into thinking that it’s the whole picture.

We do it in the church, too. We look back to a time of overflowing Sunday schools and full offering plates, and bemoan our empty pews and dwindling bank accounts. And we want it with such passion that we assume we are right to want it. If spring would just come again, we think, all would be as it should be.

But our memories are both short and selective. Sociologists of religion have done the work to show that the age we tend to wax nostalgic over was, in its day, a new thing and the evidence in front of us reveals that it was not a sustainable thing. Instead, that way of doing church was a particular response to a particular set of social conditions, the same conditions that produced the baby boom and the United Nations and the rise of the suburbs. People of faith looked around their world and created a church that spoke the language of its time and met the needs of its time. As a result, many good, faithful things happened—the Gospel of Christ was preached, disciples were formed, communities of love were nurtured, justice was proclaimed. Not-so-good things happened, too—because the church of that time, like the church of all times, was fallible.

Some of its mistakes have had lasting impacts—so did the mistakes of previous generations and so will ours. It was faithful in its time—as were previous generations in theirs and as we must be in ours. Our desires must come to reflect the work that God is doing, and not the work we wish God was doing, so that we will be able respond to the social conditions in which we find ourselves today, creating ways of being church in which the same good, faithful things can happen in new ways.

When we think back to last April, we need to see the whole picture so that we are better able to prepare for the spring that is coming, rather than lament the spring that has passed.

The Rev. Rhonda Waters is incumbent of the Church of the Ascension, diocese of Ottawa.